Woman in the Nineteenth Century 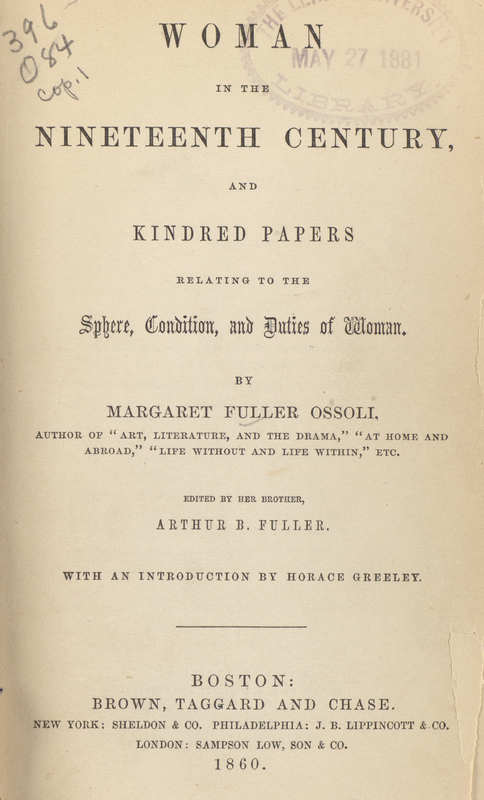 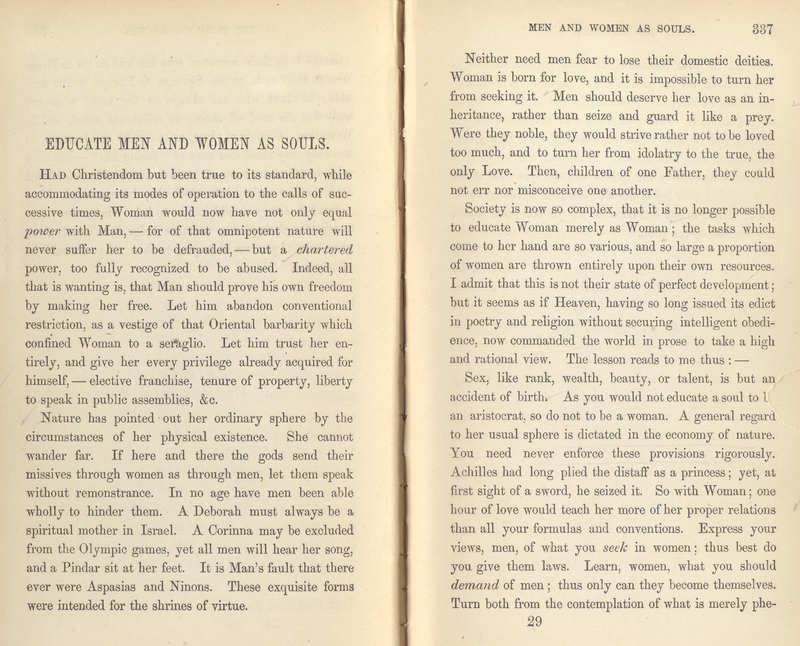 Woman in the Nineteenth Century, written by Margaret Fuller, one of the very few women who was a major player in the American Transcendentalist Movement, is considered to be the first major American feminist text. Fuller, the first woman permitted in the Harvard library, uses Christian theology to approach her argument for gender equality in the text. She writes that if women could be more like traditional men and depend on themselves, instead of a spouse, they could better serve divinity--not just their husbands. Fuller also cites examples of what she believes to be gender equal couples in Christendom. She argues that (in pages displayed here) true Christians would not treat women as inferiors. Fuller concludes her treatise with an examination of marriage, in which she states that men and women should seek to be intellectual equals.