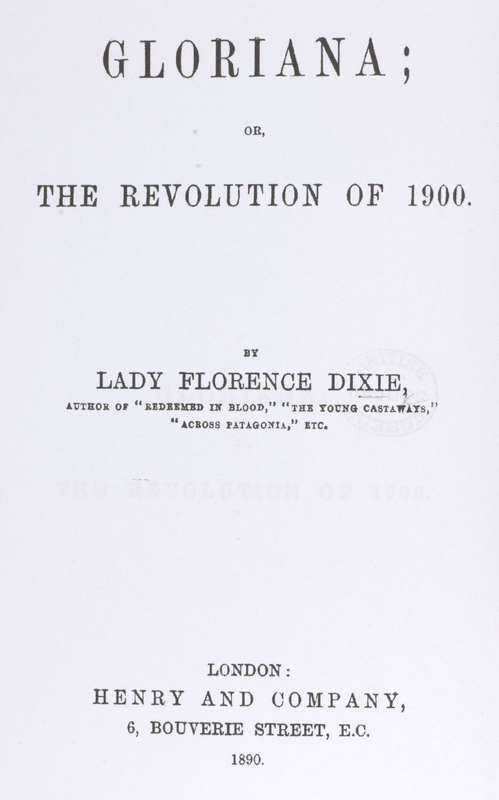 Gloriana tells the story of Gloria de Lara, a highly intelligent and enterprising young woman who, upon realizing that girls and women are mistreated, disguises herself as a man named Hector d’Estrange in order to attend Eton and Oxford. Later, she becomes a Member of Parliament. Gloria/Hector leads a revolutionary women’s movement called the Woman’s Volunteer Company, who get into violent confrontations with authorities. Meanwhile, Hector is falsely accused of murder, outed as a cross-dresser, and goes into hiding. Ultimately, Gloria’s campaign prevails and she becomes a hero. The novel ends with people fondly looking back at her in the year 1999, believing Gloria to be the hero of their now utopian, peaceful, and egalitarian society. Unlike other contemporary feminist utopian novels, Gloriana addresses the difficult work, lives lost, and cunning planning required to execute a radical feminist vision.

← New Amazonia: A Foretaste of the Future
Sultana’s Dream →
Gothic and Science Fiction
Gloriana; or, the Revolution of 1900