Goblin Market and Other Poems 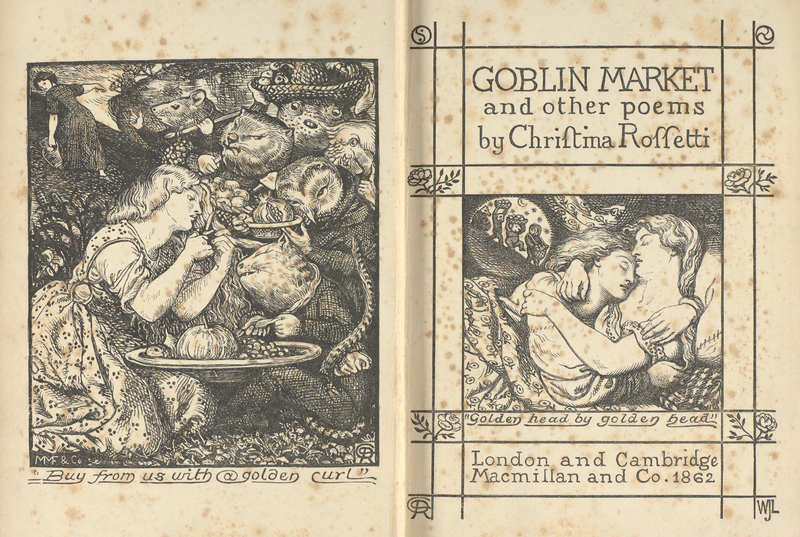 On display is a first edition of Rossetti’s most well-known poetry collection. “Goblin Market”, the first poem in the book, is a narrative poem that tells the story of Laura and Lizzie, two sisters tempted by the dangerous forbidden fruit sold by a group of goblins. The poem’s climax features unequivocal imagery of lesbian sexuality, leading Rossetti, who wrote many works for children, to privately remark that this poem was for adults. Publicly, though, Rossetti maintained that the poem was a cautionary tale for children. Prior to writing “Goblin Market”, Rossetti spent several years working in a “Magdalene asylum”, or a home for unwed mothers, former prostitutes, and other women who had been ostracized for sexual transgression. Some believe that Rossetti’s time working with “fallen women” inspired the events in “Goblin Market”. Notably, the first edition of the collection also contains “In The Round Tower at Jhansi, June 8, 1857”, a poem about the Indian Mutiny of 1857, which Rossetti dropped from later editions.