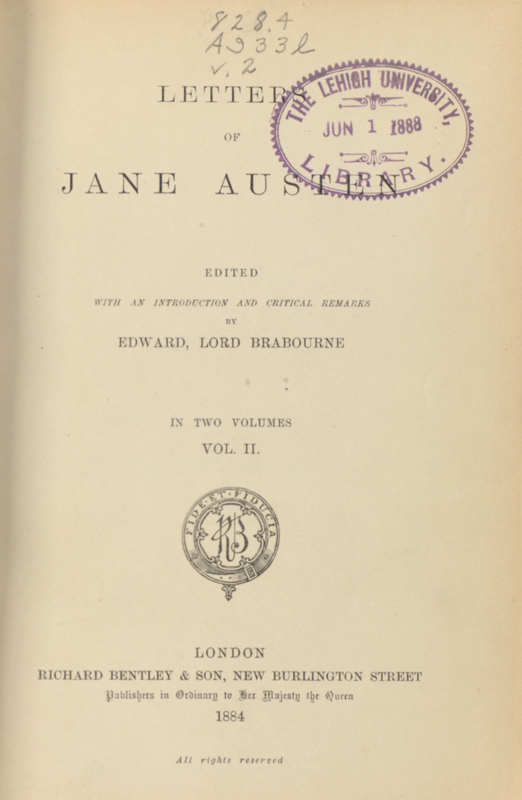 This two-volume edition of Jane Austen’s letters to her sister Cassandra was the first collection of Austen’s letters published after her death. Few letters written by Jane Austen survive as the bulk of her correspondence was burned by Cassandra after Jane’s death. Given the paucity of letters available for study, this is an important collection. However, Austen’s family actively tried to craft a sanitized image of Jane, so scholars must keep in mind that Lord Brabourne, Austen’s grand-nephew, edited the letters’ content to fit the family narrative of her life as being uneventful and centered in her home. The page displays Edward Austen Knight’s home, Godmersham House, which inspired Austen’s description of Mansfield Park.