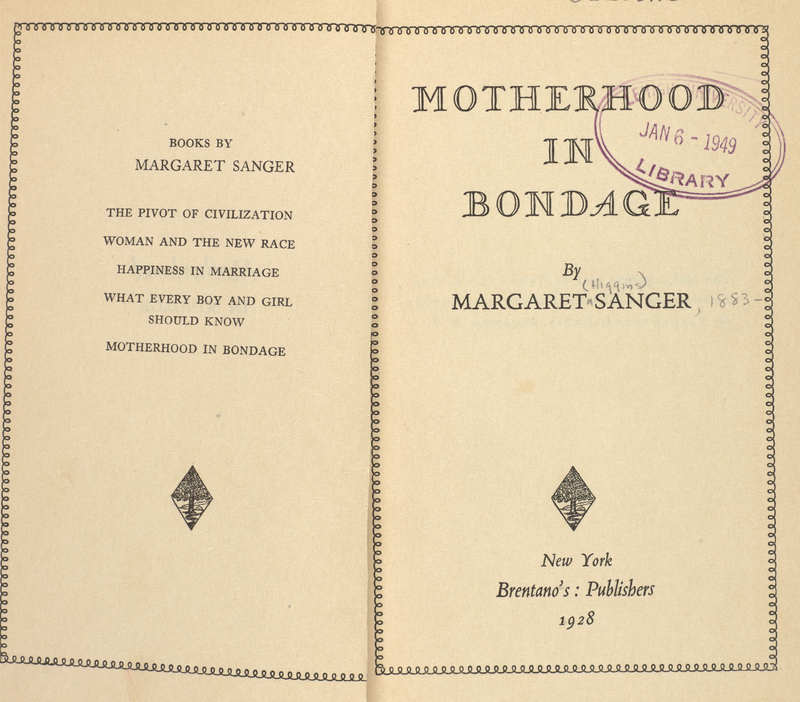 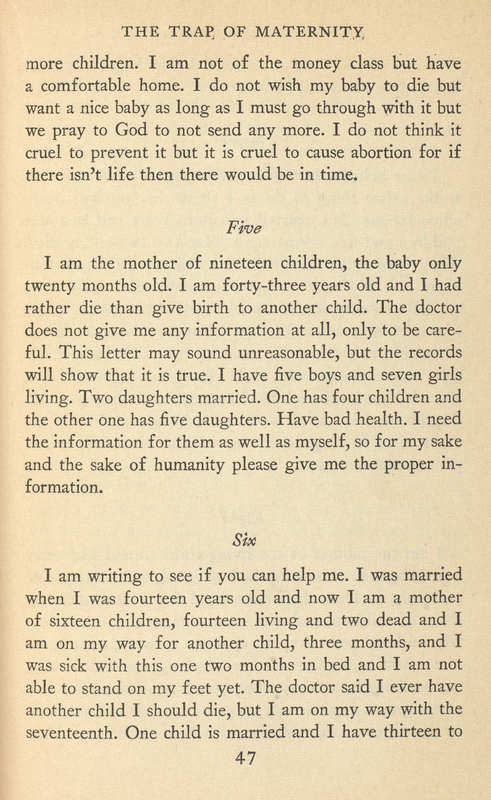 Motherhood in Bondage makes a powerful feminist statement. For this book, Margaret Sanger collected hundreds of stories from mothers who desperately needed birth control and other reproductive health interventions. In her introduction, Sanger called the letters she so frequently received “confessions of these enslaved mothers”, trapped in the “bondage of enforced maternity”. Many of the women are (or state they had their first child at) shockingly young ages--as young as 14. A few testimonials are more positive. Several women write to tell Sanger about their successful abortions, arguing that their decisions are moral and sound. Some congratulate Sanger on her brave, unprecedented efforts including, notably, a 62-year-old woman who had never married and worked her entire life. Most of the letters, though, read like the one on display here; “I had rather die than give birth to another child” may sound drastic, but countless women expressed these sentiments before birth control become available and destigmatized.