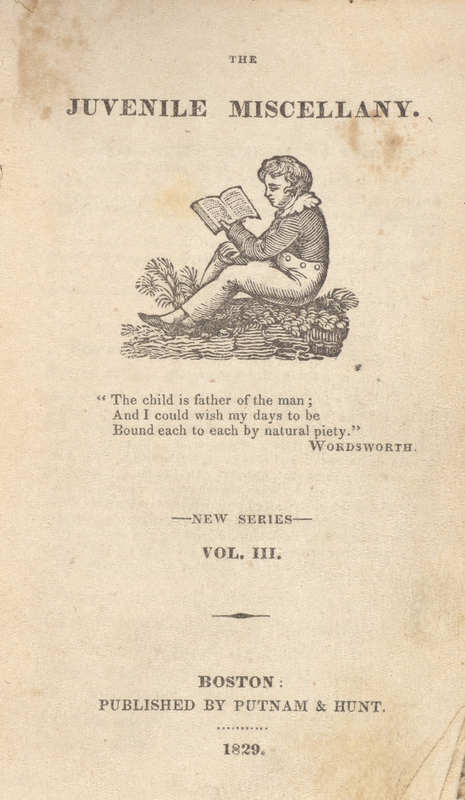 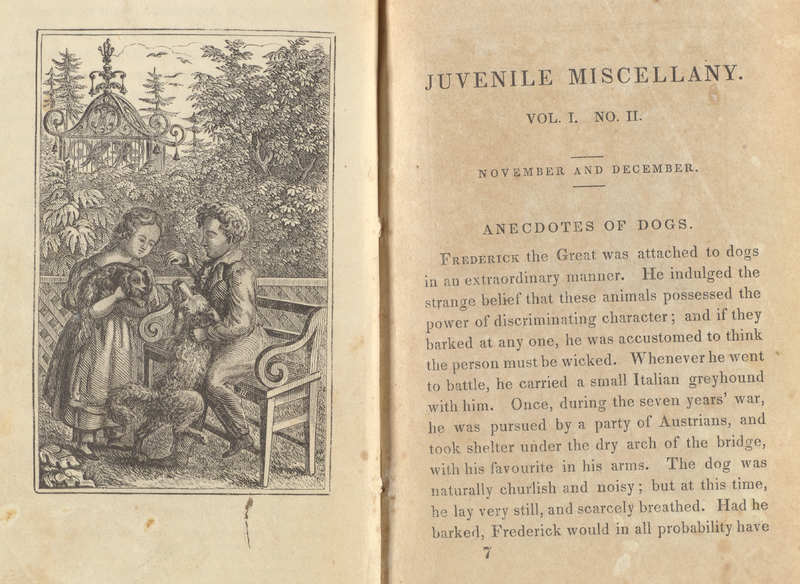 Sarah Josepha Hale was an early American writer and editor whose works included novels, poetry, and, as displayed here, works for children. Her most renowned accomplishment is writing “Mary Had a Little Lamb”. Hale wrote many other poems, stories, and riddles for children including, as displayed here, “Anecdotes of Dogs” a supposedly (and amusing) true story about Frederick the Great’s beloved dogs. Hale’s interests and achievements are quite eclectic. In addition to her literary works, Hale campaigned for the creation of the American Thanksgiving holiday. In her time, she was well-known as a literary editor. Hale worked at Godey’s Ladies’ Magazine for nearly 40 years, in which she oversaw the publication of countless female poets. She believed in educational equality between the sexes, writing countless articles to advocate for such reforms.

← Little Women; or, Meg, Jo, Beth and Amy
Goblin Market and Other Poems →
Children’s Writing and Coming of Age Stories
The Juvenile Miscellany