Wonderful Adventures of Mrs. Seacole in Many Lands 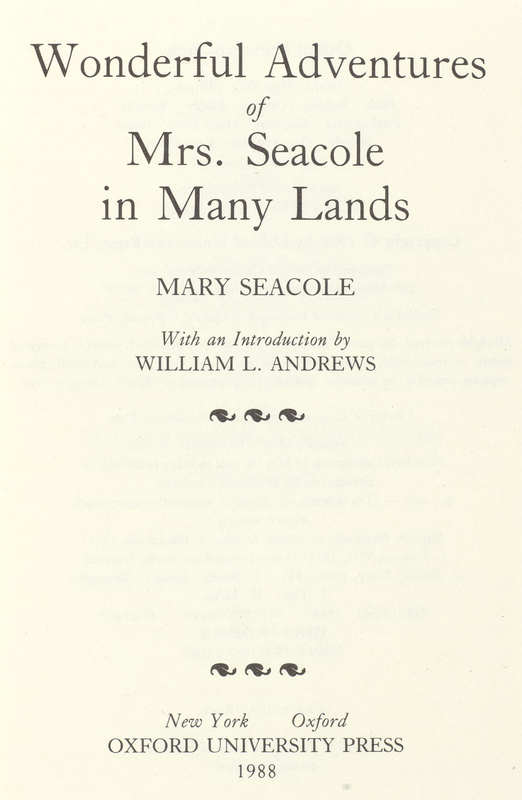 Mary Seacole, like her contemporary Florence Nightingale, served as medical support (a “doctress” who used herbal remedies learned from her mother in their native Jamaica) for troops during the Crimean War. A lesser-known figure, Seacole was originally turned away from medical service by the British War Office, certainly due to racial prejudice, despite how she had successfully assisted during cholera outbreaks in Jamaica and Panama. Seacole did not let this obstacle stop her, though, defying race and gender based expectations and travelling to Crimea on her own. Here she both offered her medical expertise and set up a shop for English food and items, which many soldiers stated reminded them of home. They began to call her “Mother Seacole”. Scholarly interest in Mary Seacole has revived in recent years, with many comparisons being drawn between her and Nightingale (often with the conclusion that Seacole is less known due to her race).

← Life in the Sick Room
Notes on Nursing: What It Is, and What it is Not →
Illness and Death
Wonderful Adventures of Mrs. Seacole in Many Lands