Austen wrote during a turbulent time for British imperialism. The British Empire had recently lost its American colonies but was expanding its territories in India and the West Indies. Much of the scholarship surrounding Austen’s treatment of British colonialism addresses Mansfield Park, in which family patriarch Sir Thomas Bertram visits his plantations in Antigua to protect his investment. Other 19th century female writers critique British colonialism more explicitly than did Austen. Sara Jeannette Duncan’s The Imperialist describes the negative impacts of settler colonialism on a small Canadian town.

Women writers living under imperial control also produced texts that critiqued British colonization. Largely from India and living under exploitation colonialism, these authors offered both explicit and subtle critiques of imperialism in their texts. In Pandita Ramabai’s American Encounter, Ramabai celebrates the United States as a former British colony, using the U.S. as an example for her countrymen to resist British control. Uma Chakravarti details the little-known Ramabai’s life, including her efforts towards educational equality, in Rewriting History: The Life and Times of Pandita Ramabai. Krupabai Satthianadhan addresses the complex issue of Indian people converting to Christianity under imperial rule in her semi-autobiographical novel Saguna: A Native Christian Life. Through her protagonist, Satthianadhan details the personal empowerment and equality she believes the Christian religion offers and contrasts it with the way white British Christians treat her because she is Indian. 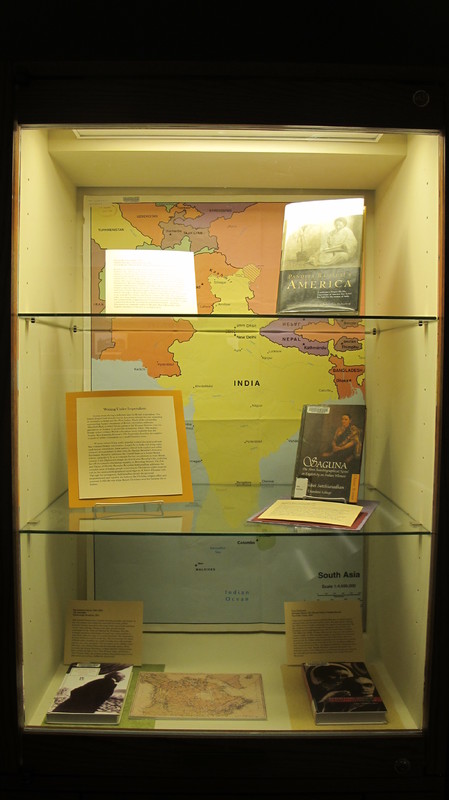 ← Sonnets from the Portuguese
Rewriting History: The Life and Times of Pandita Ramabai →
Writing Under Imperialism