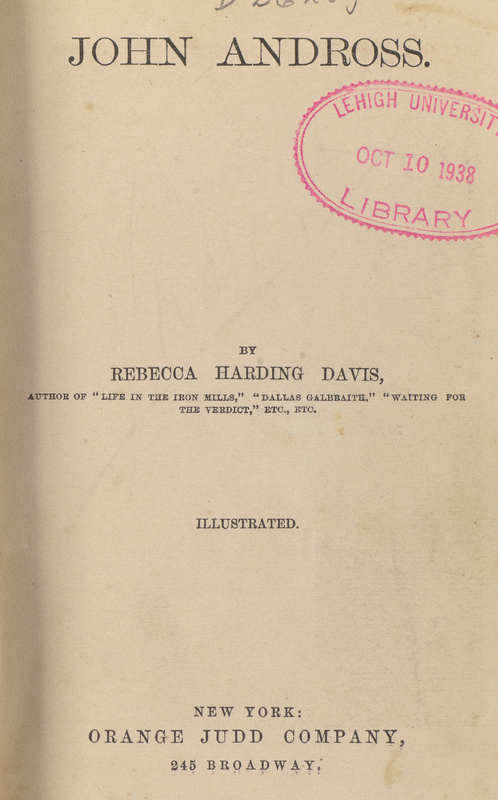 In this early muckraking text, Davis reveals the intricacies of the Whiskey Ring Scandal, in which a group of whiskey producers bribed U.S. government officials in order to avoid paying liquor taxes. The book came nearly 20 years before the more well-known government exposés of the Progressive Era. Revelations like Davis’s were nearly unheard of at the time, particularly because she so carefully reveals every minute detail of the scandal. It is notable, then, that a female author and journalist wrote one of the earliest major exposés of the American federal government. In addition to her journalistic work, Davis also participated in abolitionist, socialist, and early feminist movements. She is perhaps best known for her Civil War novella, Life in the Iron Mills.