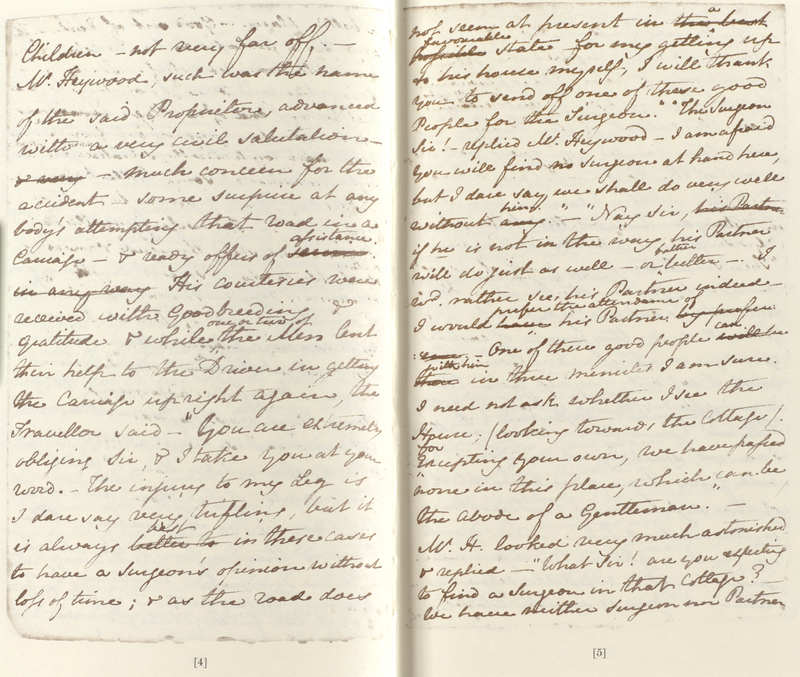 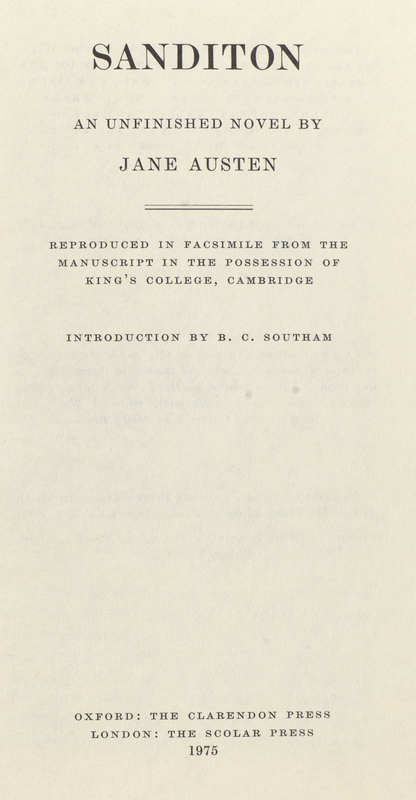 Austen began Sanditon in early 1817, but never finished the novel--she died within the same year. The text maintains some traditional elements of Austen’s major works: the plot centers around a heroine, Charlotte Heywood, leaving her family and entering a new society for the first time. That said, Austen began to explore some new themes in the novel. The novel’s ultimate message is inconclusive, but Austen seems to be making a statement about the impacts of modernity. In addition, Sanditon contains Austen’s first named character of color, a “half-mulatto” heiress named Miss Lambe. The unanswered questions of Sanditon have led many contemporary authors to attempt completed versions of the novel. Marie Dobbs wrote the first, in 1975, long before the ubiquity of Austen adaptations. She used the pseudonym “Another Lady” in homage to the original, anonymous publication of Austen’s novels. Displayed is a facsimile edition of the original Sanditon manuscript from King’s College, Cambridge.