In her portrayal of courtship and marriage, Austen deftly exposes the social norms that oppress her female characters. Radical feminist novels before Austen’s career were rare but did exist. Hays’s The Victim of Prejudice (1799) unequivocally takes patriarchy to task, challenging patriarchal courts and governments and illuminating the real difficulties for women living in poverty. More radical texts came later in the 19th century, like Lady Audley’s Secret and André, both of which present female characters who eschew traditional femininity. Feminist movements across Europe had intensified by this point. Feminist texts proliferated in the 1890s, when the “New Woman” movement emerged, a term coined in 1894 by Sarah Grand. “New Woman” writers adopted a more rigid feminist ideology than their predecessors. These writers still valued women’s education and political participation, but they put new emphasis on having real careers, rejecting feminine dress, openly embracing their sexuality, and seeking connections with other radical (often socialist) movements.  Grand’s The Heavenly Twins, Dixon’s The Story of a Modern Woman and Egerton’s Keynotes are all examples of New Woman novels. Released near the end of the movement, Chopin’s The Awakening is not strictly a “New Woman” text. However, it recalls similar themes by portraying a woman whose life is destroyed by the constraints of femininity. Chopin’s protagonist differs from Austen’s protagonists in that she is already married and a mother at the start of the text. The text’s ending lacks Austen’s trope of happy weddings, and the novel itself is deeply modernist and experimental in parts. Differences aside, Chopin and Austen, along with the other authors whose works are displayed in this case, convey how confining traditional gender roles can be for women. 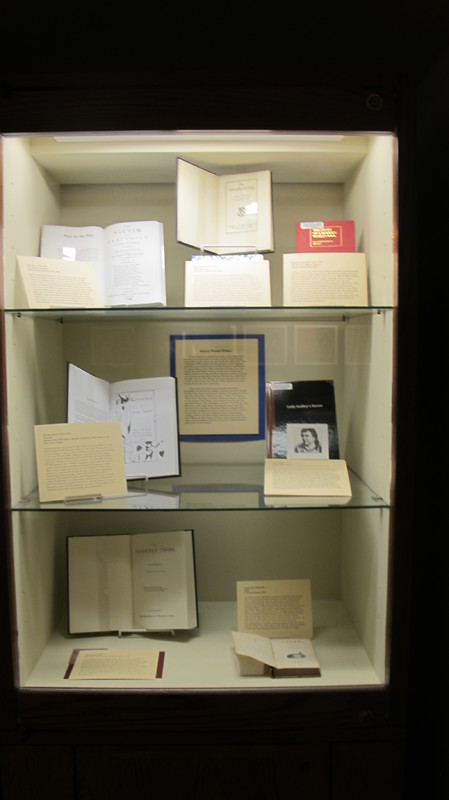