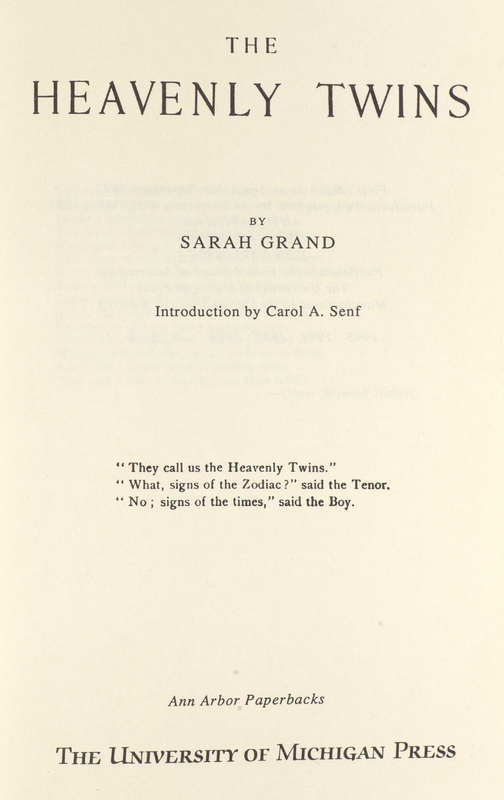 In 1894, Sarah Grand coined the term “New Woman” to describe the young feminists of the late 19th century who, aside from customary feminist goals related to politics and education, wished to defeminize their appearance, freely explore their sexuality, and form alliances with socialist movements. Now, scholars use “New Woman” to describe a genre of Victorian fiction which involves female protagonists purposefully transgressing confines of femininity. Grand’s The Heavenly Twins (1893) epitomizes the “New Woman” novel. Grand herself had to raise funds for the novel’s publication, as no publisher would touch a novel that so radically critiqued gender roles and presentation--the titular “twins” are actually one cross-dressing woman, Angelica. Grand makes a statement about the pitfalls of femininity through the story of Evadne, a teenager who “wanted to know” (become educated) and criticizes her imposed dress and sexual standards.