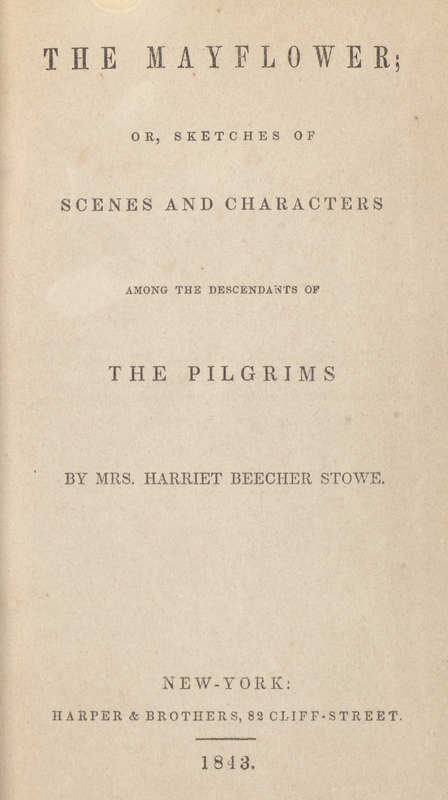 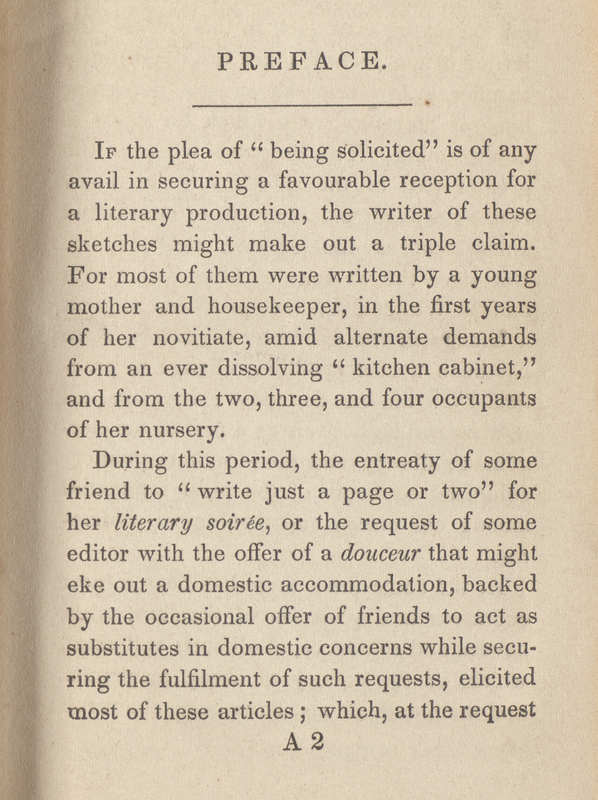 The Mayflower is one of Stowe’s very first published work, preceding Uncle Tom’s Cabin and her subsequent fame by nearly a decade. The book features a series of vignettes about characters in New England. Stowe instills her pacifist, Christian values in each of the stories. For example, the first and longest story, “Love versus Law” reads more like a treatise for “the beauty of Christian old age”, a moral which the characters ultimately fulfill. The Mayflower is certainly not as influential or progressive as Uncle Tom’s Cabin, but it offers a look at Stowe’s early development as a writer and how, from the beginnings of her career, she was interested in portraying common people. Little scholarship about The Mayflower exists today, but there was some renewed interest in the text after the rise of Uncle Tom’s Cabin. One 1855 reviewer wrote that the stories had been “written in all moods, from the gayest to the gravest”.

Harriet Beecher Stowe (1811-1896)
The Mayflower; or, Sketches of Scenes and Characters Among the Descendants of The Pilgrims
New York: Harper and Brothers, 1843

← Woman in the Nineteenth Century
Kamala →
Social Commentary
The Mayflower