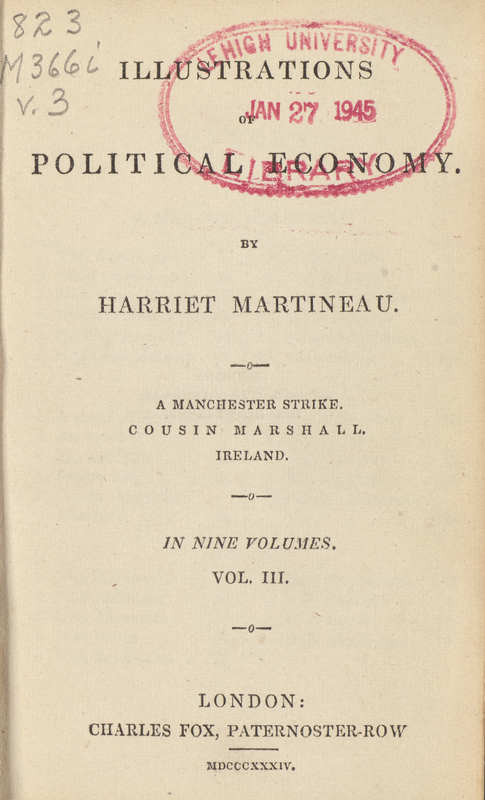 Often called the first female sociologist, Martineau wrote a variety of texts addressing politics, religion, and economics. The lengthy Political Economy serves to educate the reader about the philosophies of Adam Smith and other free market advocates through a series of fictional tales. Unlike many of her contemporaries who addressed their philosophy texts to an upper-class, educated audience, Martineau purposefully sought to make economic concepts accessible to common people through fiction. She strongly believed that all should have equal educational opportunities. Though Martineau approached capitalism and industrial society rather uncritically, she did maintain sympathy for those living in poverty. The text’s most well-known short story, “A Manchester Strife” (on display here), is one of the earliest representations of the suffering of the urban poor. 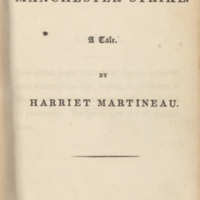 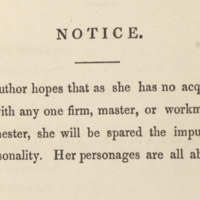 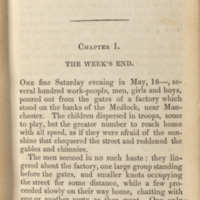