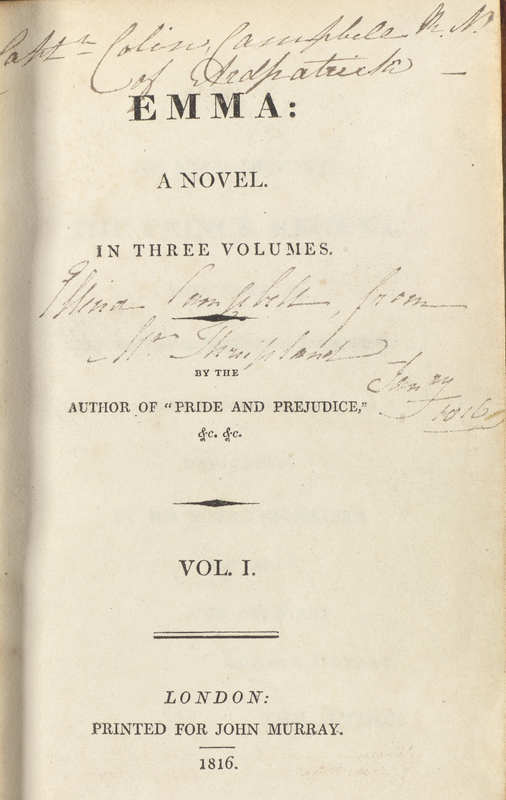 The titular character in Emma is Austen’s only independently wealthy heroine, and, according to many, her only unlikeable one. Emma, “handsome, clever, rich”, believes she has a talent for matchmaking, but, she, herself, has no desire to be wed for most of the novel. In a sense, Emma’s trajectory signifies gender conservatism; as she matures, Emma moves away from her desire never to marry. Still, the feminist potential of Emma’s desire to avoid “intellectual solitude” should not be dismissed. Emma seeks fulfilling companionships with others, eventually moving past her immature impulse that she knows all and need not pursue a survival marriage. Austen depicts women who are less privileged than Emma. For example, Jane Fairfax, a well-educated, yet poor, orphaned woman of whom Emma is actually jealous, believes that she is doomed to life working as a governess; she subtly compares life being exchanged among families in this position to the slave trade. On display is the first edition of the text, published anonymously.