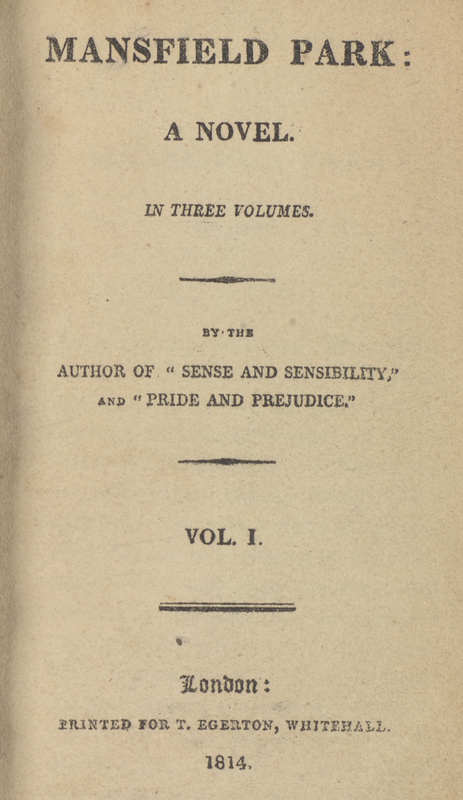 Mansfield Park, like all of Austen’s major novels, features a central marriage plot imbued with more serious themes which reflect the revolutionary 18th and 19th century. The text’s protagonist, Fanny Price, lives with her aunt and uncle after being sent away by her lower-income parents. She is shy and ostracized by her cousins, except for the eldest, Edmund. Edmund and Fanny are central moral characters in a text where many are willing to transgress sexual mores. The novel also comments upon increasingly diverging morals between older and younger generations. Notably, this is Austen’s only novel to directly comment on the slave trade. Sir Thomas leaves the estate to check on his plantations in Antigua. Upon his return, Fanny attempts to ask him directly about the slave trade--Sir Thomas does not answer.

A version of this text has been digitized and is available through the Internet Archive: