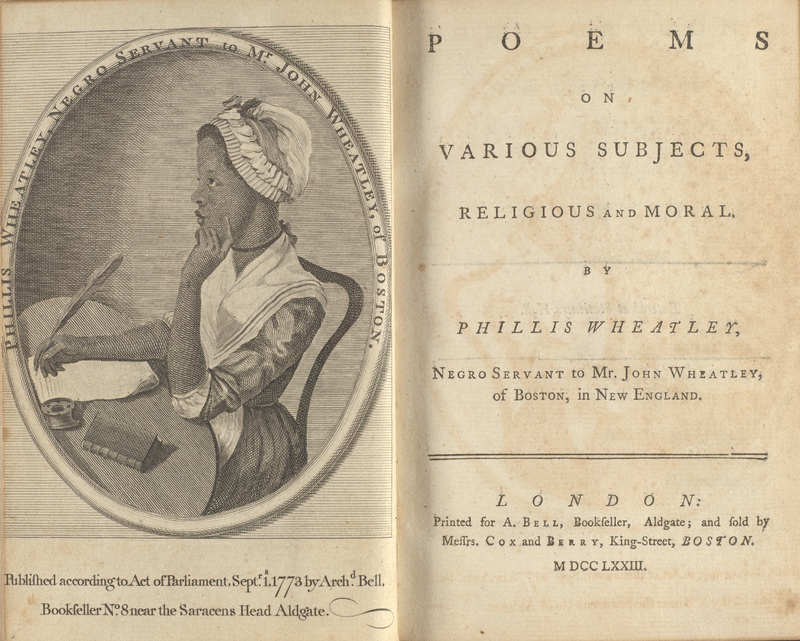 Wheatley is the first published African-American woman and one of the first published American women of any race. Born in West Africa, she was sold into slavery as a child. Once in the United States, her masters broke law and tradition by teaching her to write and later encouraged her poetry writing. The text was published in England as no American press would take work from a slave, and Wheatley had to be “verified” by eighteen men to prove that she had written the poems herself. As the title indicates, most of the poems reflect religious themes. Wheatley studied the bible in detail, something which many view negatively as she never would have done so had she not been sold into slavery. The text’s most widely-known poem, “On Being Brought from Africa to America”, is also its most controversial, as Wheatley unexpectedly seems grateful for her removal from her homeland and subsequent religious conversion: “Twas mercy brought me from my Pagan land.” However, most scholars acknowledge that it is impossible to determine Wheatley’s real intentions as a less complacent text would have lead to punishment.