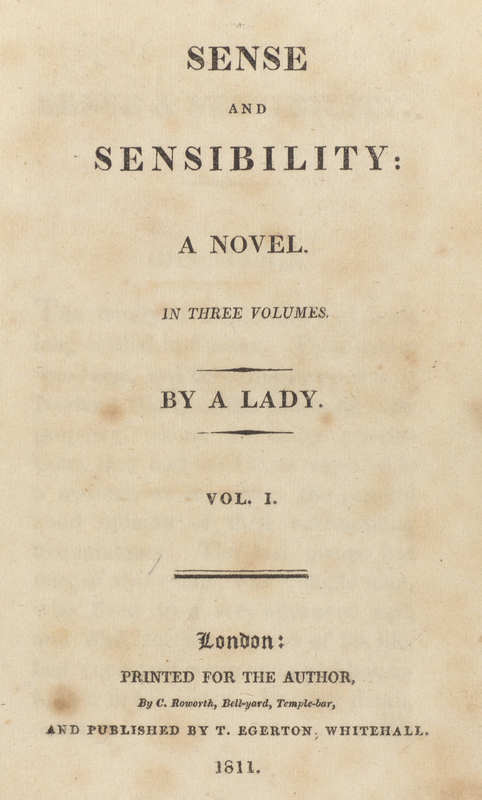 Sense and Sensibility was Austen’s first published novel--various shorter works and drafts preceded it. Austen likely began the novel in her late teens. Many scholars believe that originally the text was in the epistolary mode and entitled Elinor and Marianne, the two sisters at the heart of the text. Each sister fulfills one of the characteristics which the title evokes. Elinor represents “sense”, or intense emotional restraint. Marianne fills the “sensibility” role, which, in Austen’s time, referred to a highly sensitive temperament, with feelings impacting one’s physical health. The two sisters seek to reconcile these two extremes while they experience difficulties in finding suitable husbands. For Elinor and Marianne, marriage is a source of financial stability. They, with their mother and sister, live beneath their typical means for the course of the novel; their status as women prevent them from inheriting their recently deceased father’s property and money. On display is a first edition, published anonymously “by a lady” in the tradition of the obscured female novelist.