The Novels of Jane Austen, v. 6 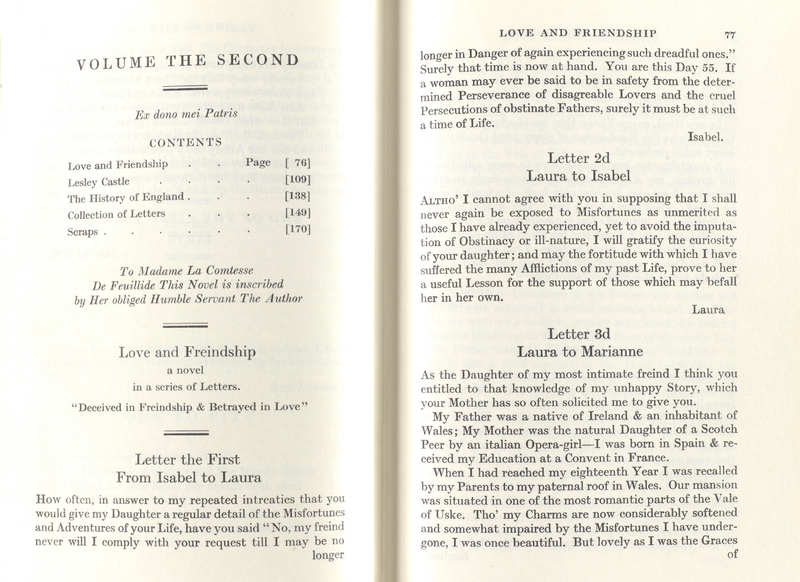 Prior to her novels, Austen wrote many short stories as a girl, often with more explicitly irreverent tones than her later work. Her “juvenilia” includes The History of England, a satire of contemporary history books, and parodies of well-known male authors, like Samuel Johnson and Samuel Richardson. The younger Austen wrote Catherine, or The Bower, which many consider to be a forebear of Pride and Prejudice, and The Beautifull Cassandra (an intentional misspelling), which anticipates Northanger Abbey. On display is Love and Freindship (another misspelling), an epistolary work which parodies sentimental romances of the time. Much of Austen’s early fiction demonstrates her keen ability for lampooning contemporary texts and authors, foreshadowing the subtle sense of humor in her later works. In addition, teenage Austen already took interest in expectations placed on women, exploring the intricacies of the marriage plot and sensibility.

Another work with similar content has been digitized and is available through the Internet Archive.