A Memoir of Jane Austen by her Nephew 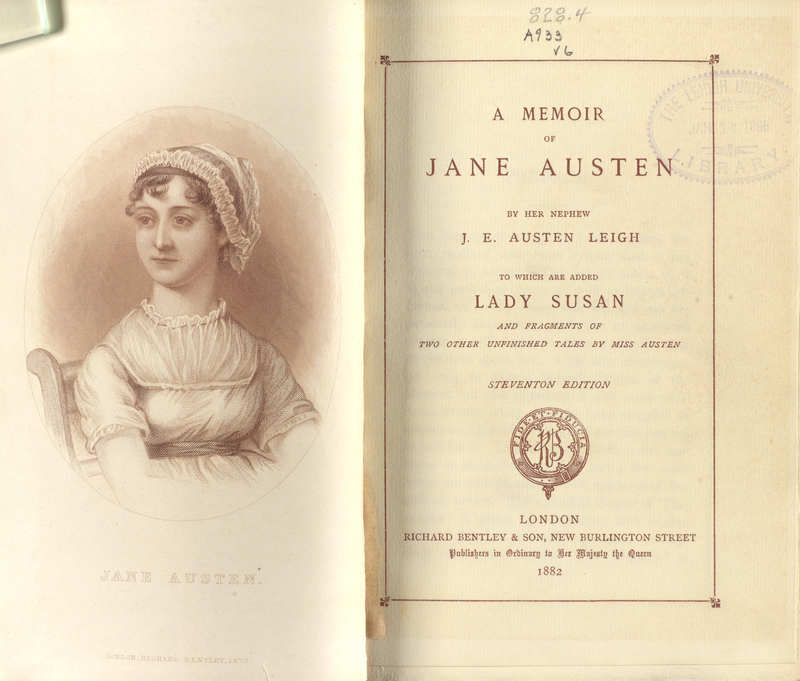 During the Victorian era, interest in Austen began to increase, prompting her descendents to release an authorized biography. J.E. Austen-Leigh, the elder Austen’s nephew, took the reins on the project. He relied on accounts of his aunt from other relatives, as Cassandra, Austen’s sister, burned many of her letters after the writer’s death. These accounts were rather imprecise, leading to inconsistencies in the final biography.. Austen-Leigh also ignored more scandalous aspects of his aunt’s life, including the existence of her disabled brother, George. So, the “biography” hardly provides a definitive picture of the writer. That said, Austen-Leigh offered new insights into Austen’s works by providing several minor texts which had yet to be seen. The memoir includes Lady Susan, a short epistolary novella Austen wrote as a young woman, and The Watsons, an unfinished novel. Both texts demonstrate Austen’s capacity for and interest in plots which differed from her six main novels.