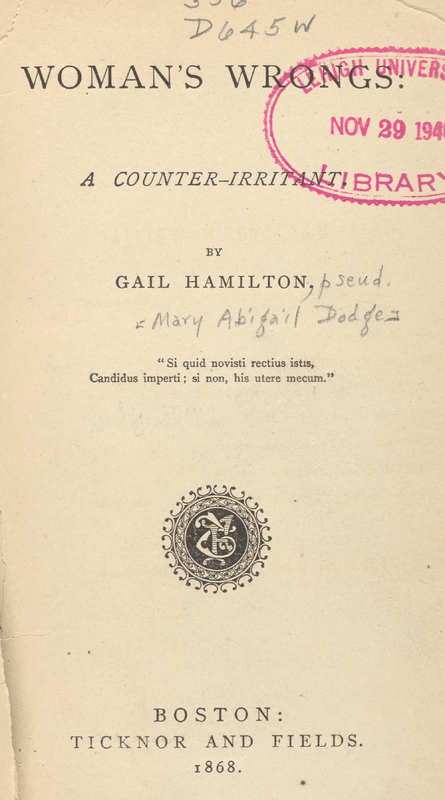 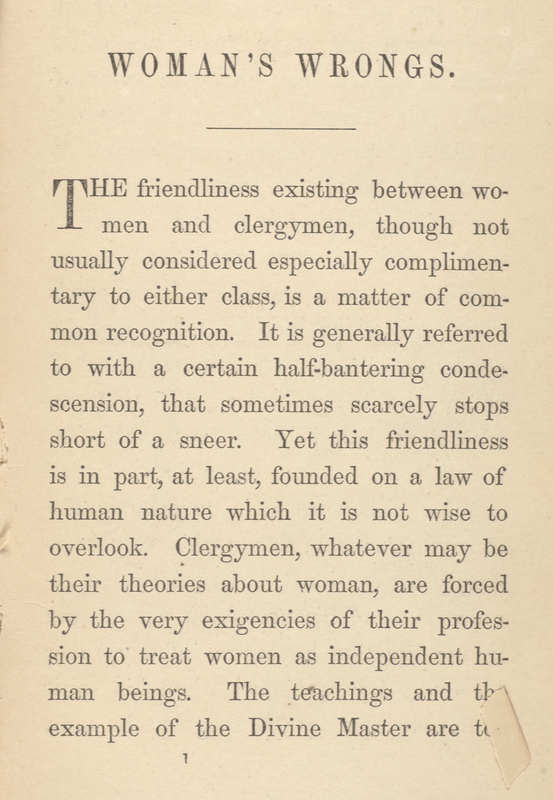 Gail Hamilton (pseudonym for Mary Abigail Dodge) championed many progressive causes, including education reform, women’s rights, and abolition. She wrote an unapologetic feminist treatise in Woman's Wrongs, in which she addresses contemporary author John Todd. In his Women’s Rights, Todd writes that women cannot take on most jobs, no matter how hard they study. He also believes women’s suffrage and comfortable, defeminized dress to be ungraceful. Hamilton deconstructs Todd’s points in Woman's Wrongs, arguing that his basis in Christian theology is faulty. She also pokes fun at the supposedly secular newspapers who reviewed him so positively. Hamilton was, rather ironically, an opponent of women’s suffrage; Woman's Wrongs, though, reveals a slightly more complicated relationship. She never states that women should not have the right to vote but, rather, women voters will not necessarily lead to better voters, and that the women’s movement should have other, higher priorities, such as education.

← A Vindication of the Rights of Woman: with Strictures on Political and Moral Subjects
The Simple Adventures of a Memsahib →
Engaging Male Writers, Disputing Misogyny
Woman's Wrongs: A Counter-Irritant