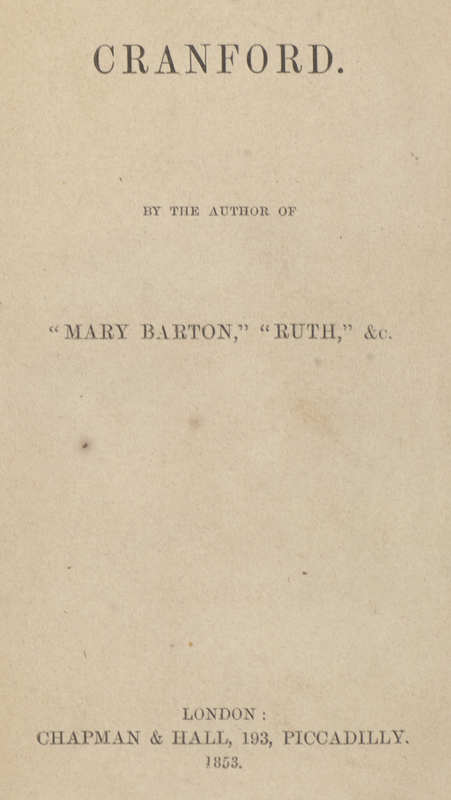 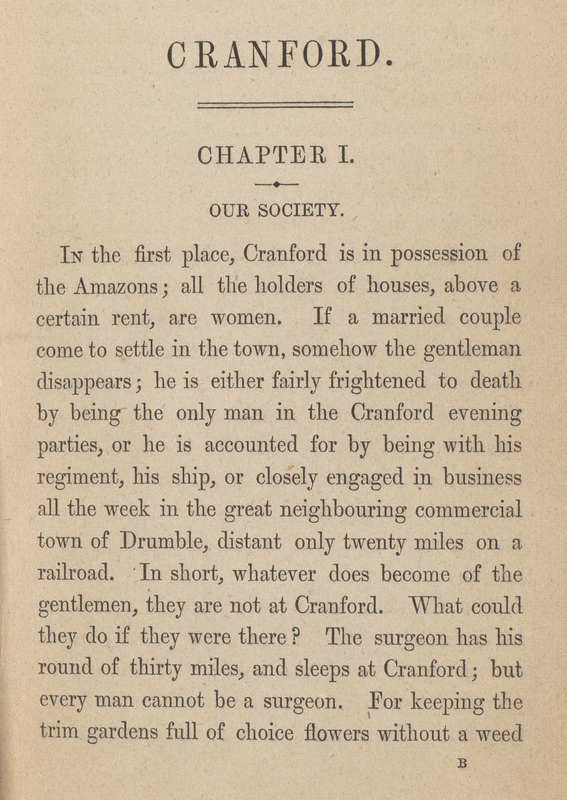 Cranford continues to explore themes that Gaskell had examined in Mary Barton. The novel subverts expectations of genre, seeming to be simultaneously a witty story about small-town life, and a clever feminist utopia. Women run the village Cranford, owning much of the property and enforcing a strict and unusual social code. All residents live in poverty, but the matriarchs ban any discussion of this fact or other uncomfortable topics, such as death. When single male residents cannot conform to these requirements, they are run out of town. Cranford is a series of vignettes about the town, primarily addressing ongoing courtships and other social relations. Mary Smith, a young female resident who returns to Cranford after a time away, serves as the humorous, occasionally critical narrator. Cranford is not a perfect feminist text--women may lead the town, but they hardly focus on important issues. Gaskell still presents the village’s matriarchs sympathetically, demonstrating how influential they are.