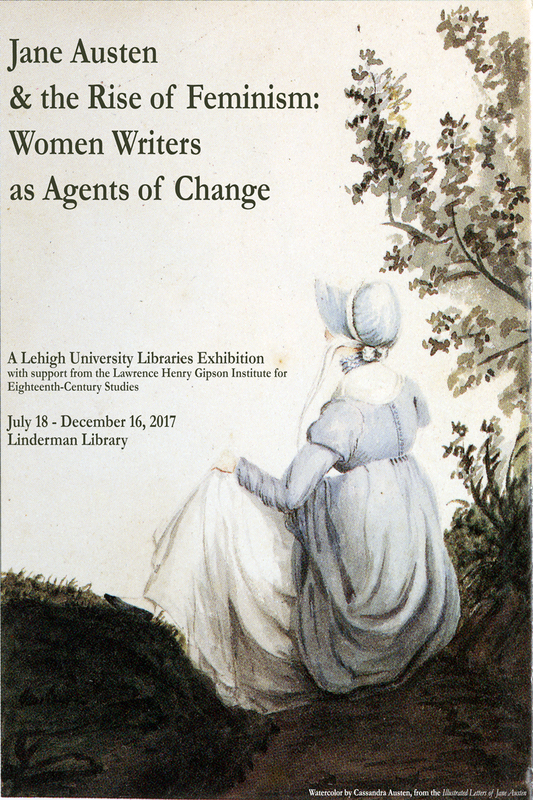 The year 2017 marks the 200th anniversary of Jane Austen’s death at age 41. In her lifetime, Austen saw moderate success: reasonable numbers of books sold, a few positive reviews, and burgeoning discussions of her novels in literary circles. Austen and her works remained relatively obscure for decades but began to reach unprecedented levels of popularity and interest during the Victorian Era. By the beginnings of the 20th century, an increasing number of readers started to pick up her books, scholarly interest in her novels emerged, and universities added her works to their curriculums. Jane Austen, who published as “A Lady” or “The Author of. . .”, became a well-known name and an enduring symbol of British literary prowess.

When Austen’s popularity began to rise, her nephew J. E. Austen-Leigh released A Memoir of Jane Austen (1869), which portrayed Austen as a quiet, chaste, and kindly woman who wrote novels only as a hobby. This idealized image was perfect for Victorian society, which repressed emerging progressive ideas regarding gender roles, labor, colonialism, and other institutions. The depoliticized Austen grew in the public consciousness during the 20th century. Many fans viewed Austen as an author of simple romantic stories, taking more interest in the ballroom dancing, tea drinking, and elaborate manners of Regency era than deeper political meanings. The films, modern literary reimaginings, and Austen-themed balls of the late 20th century solidified such perspectives, which continue to prevail today. Thus, some of the most significant and transformative themes of Austen are often neglected. This exhibition seeks to highlight the often overlooked significant and transformative themes of Austen, who wrote in a time of great social upheavals: the French Revolution, American Revolution, and Napoleonic Wars. Her novels contain subversive social critiques which go well beyond her “safe” image to subtly address gender. For example, through the experiences of her heroines, Austen exposes the economic need and social pressure that forced women to marry. She critiques inheritance law, which forbade unmarried daughters from gaining their father's property, and the minutiae of class differences that made certain marriages undesirable. This exhibition highlights these significant but often obscured qualities of Austen’s works.

In addition to Austen, the exhibition includes works from other women writers that date from the late 17th to early 20th century. The texts include the sentimental novels of the late 1700s which inspired Austen through the radical “New Woman” writers of the 1890s who desired unprecedented change in gender roles and sexuality. Many of these works were unfairly reduced to romantic plotlines in a similar fashion to Austen. Others have simply faded into obscurity, with books going out of print and little contemporary scholarly interest. However their writings fared over time, these writers all contributed to the cause of feminism. Many of the texts reveal common themes across eras, indicating what interested early women writers. Like Austen, these authors are impactful, reflective of their era, and careful in constructing their messages. The year 2017 commemorates the premature end of Austen’s life and writing career. She was, perhaps, both the most (quietly) radical and obscured of the featured authors. Inspired by Austen’s legacy, this exhibition celebrates women writers who also wrote to effect change.

Timelines →
About the Exhibit