An Essay on Mind, with Other Poems 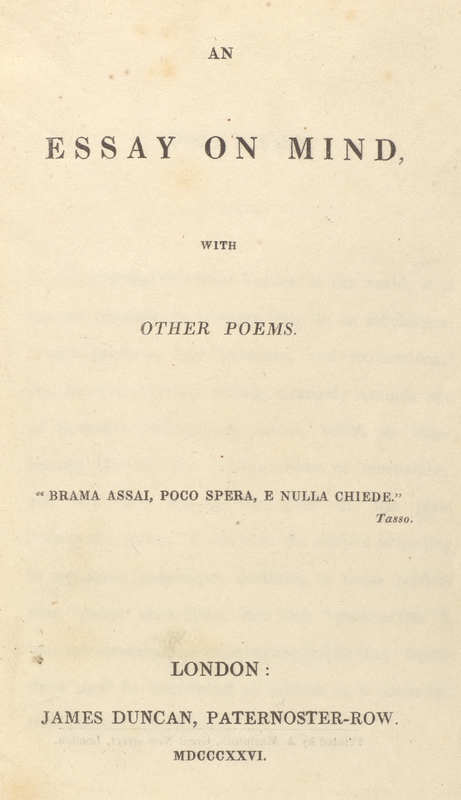 In Browning’s first published work, she displays her fascination with earlier writers in a format that imitates Alexander Pope’s verse essays. Like Pope, Browning makes references to 18th century philosophers throughout. The collection also heavily displays Browning’s fascination with Lord Byron and with what many scholars call “Byronic Hellenism”: the intellectual fascination with Greek antiquity reflected in Byron’s poetry. She explicitly eulogizes Byron, and, like him, considers lofty issues which recall Classicism, including republicanism and the role of poetry in society. An Essay on Mind did not receive much critical attention in its time, but it did catch the eye of several scholars of Greek philosophy, with whom Browning was in contact with for the rest of her life. The essays allow Browning to demonstrate her status as a highly educated, ambitious female writer from the very beginning of her career.