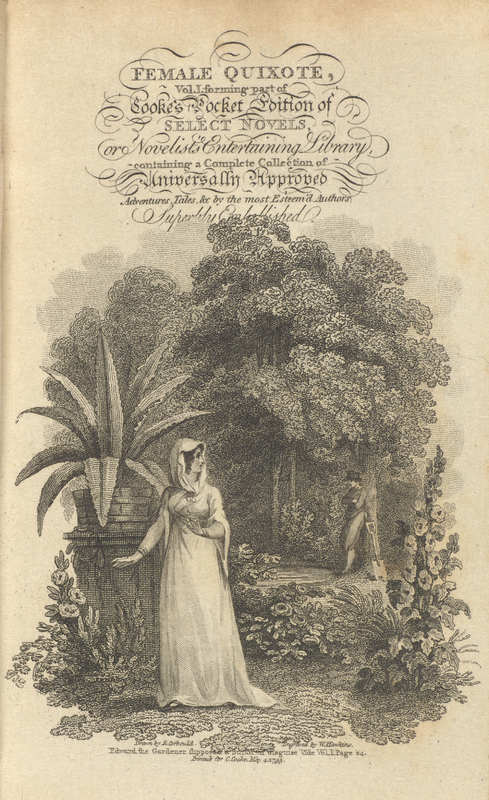 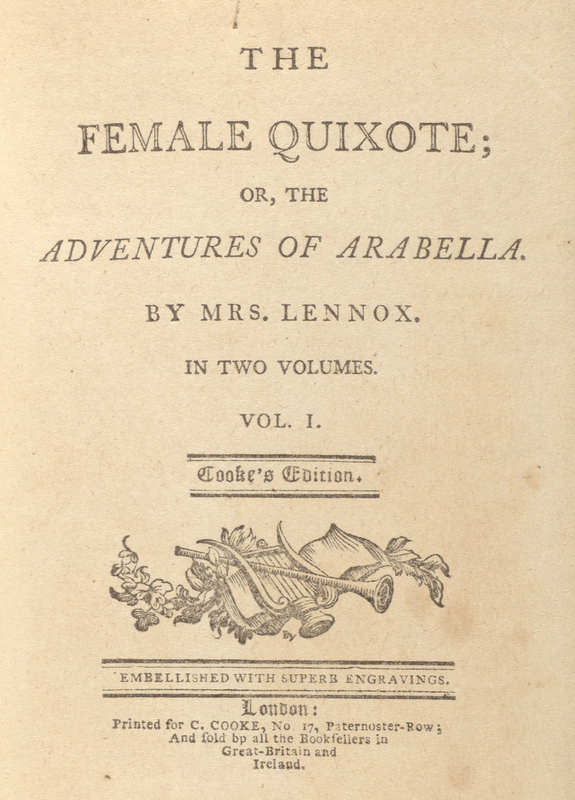 Many critics agree that The Female Quixote almost certainly served as inspiration for Austen’s Northanger Abbey. Like the latter text, The Female Quixote (pronounced as those in 18th century England would have: “quicks-ote”) features heroine Arabella, who is caught up in novelistic fantasies and must come to her senses as she matures. As the title suggests, Lennox intends for her character to recall Cervantes’ famous protagonist, with whom 18th century readers would have been familiar. Just as Don Quixote falsely fancies himself a chivalric hero, Arabella believes that she is akin to a romance novel heroine. Like Austen’s Catherine Morland, Arabella’s fantasies lead to misunderstandings, chastisement, and even danger. Scholars frequently view The Female Quixote as a deeply important text in the development of the novel. Lennox was one of the most well-known and respected literary figures of her time; other novelists, like Samuel Richardson and Samuel Johnson, held her in high esteem. Still, Lennox often saw rejection in social circles for her refusal to conform to “ladylike” behavior; she spent some time working as an actress and, reportedly, possessed a strong temper.

← An Essay on Mind, with Other Poems
A Vindication of the Rights of Woman: with Strictures on Political and Moral Subjects →
Engaging Male Writers, Disputing Misogyny
The Female Quixote