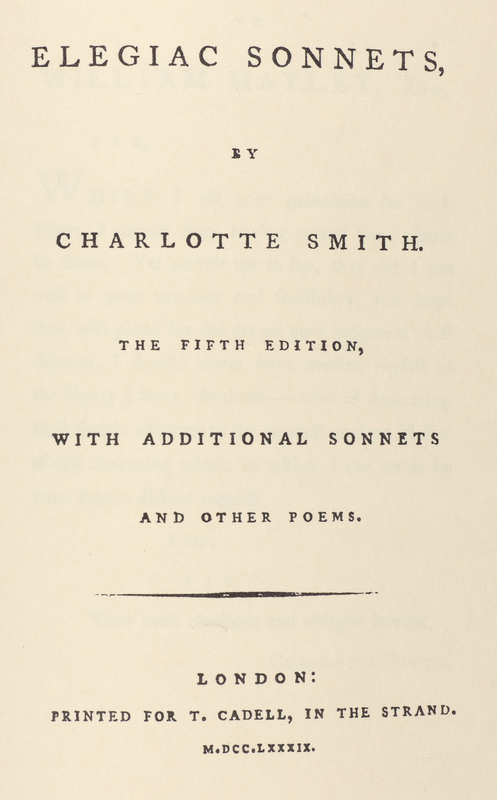 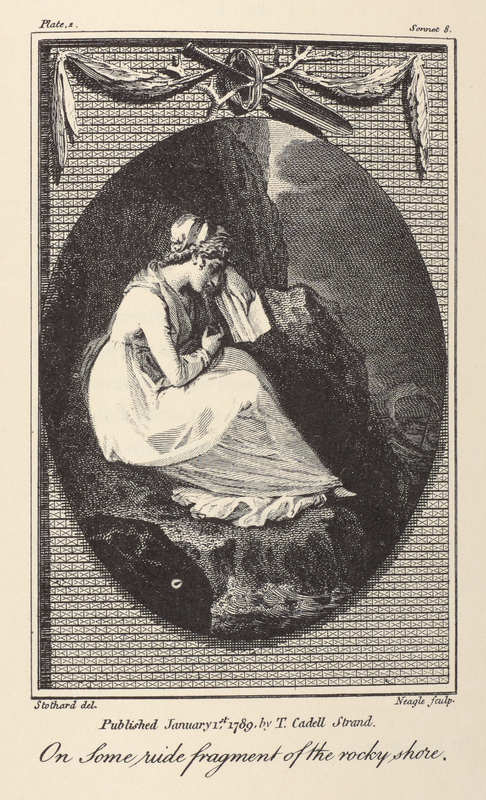 Charlotte Smith may now be a lesser known poet, but, in her time, she was known by critics for reviving the sonnet form (before Wordsworth did) and making it an important part of Romanticism. In fact, Smith was so successful that, unlike most of her female contemporaries, she published her works under her real name. Elegiac sonnets was an instant success upon its release, for which Smith was certainly grateful. The money she made from the text allowed her to buy the release of her husband, Benjamin, from debtor’s prison, where she had been living with him. The collection’s most famous poem is “On Melancholy.” Here, Smith demonstrates thoughtful modification of poetic form, combining the Petrarchan sonnet form (almost exclusively used for love poems) with a depressing “elegiac” tone, something more or less unheard of at this point.

← Notes on Nursing: What It Is, and What it is Not
Children’s Writing and Coming of Age Stories →
Illness and Death
Elegiac sonnets