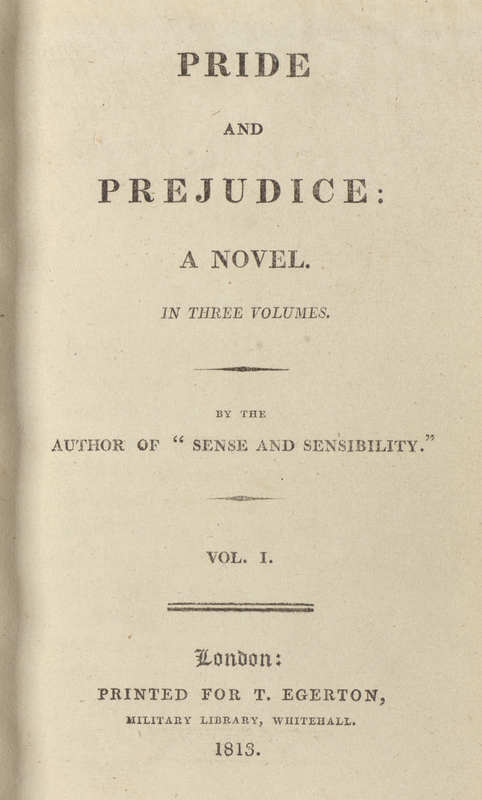 Austen’s most well-known novel, Pride and Prejudice has inspired centuries of cultural fascination. Most are aware of the many films, retellings, and tourist destinations, which often reduce the plot to a happy, uncomplex story of love and marriage. The novel, though, contains important themes of gender and class. The Bennet sisters must marry for survival because single women could not inherit directly from their father. Militia soldiers signify the real impacts of the Napoleonic wars, and the near fate of Lydia, Elizabeth’s youngest sister, demonstrates the dramatic effects scandal could have on a woman and her family. A first edition is displayed here; like many early novels by women, it was published anonymously as “by the author of Sense and Sensibility”.

A version of this text has been digitized and is available through the Internet Archive: