Frankenstein: or, the Modern Prometheus 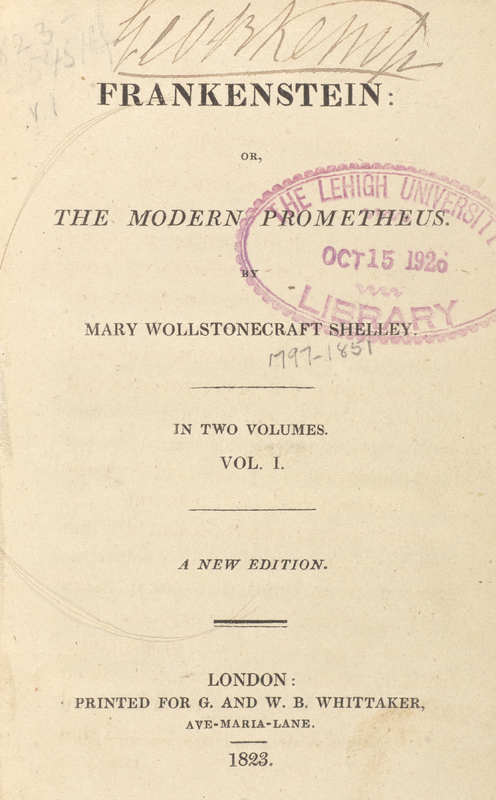 This copy of Frankenstein is a second edition; the first (1818) was, like many women’s novels of the time, published anonymously. Some consider the novel to be the first true science-fiction story. Shelley began the novel when she was only 18-years-old during the famous summer of 1816 at Lake Geneva. Due to volcanic eruption, the season was unusually rainy, dark, and gloomy; Shelley (then Mary Godwin) and her travelling companions, Percy Shelley (her soon-to-be husband), Lord Byron, and John Polidori, challenged each other to write fearsome stories. Shelley was the most successful as nearly everyone has heard of Frankenstein. Most people know the classic horror film and the many derivatives it inspired. Notoriously among literary scholars, these films, shows, and other works rename the monster “Frankenstein”. Due to popular focus on the creature, many remain unaware of the original novel’s political and feminist themes. Critics often interpret Victor Frankenstein's creation of the monster as a warped “birth” or as a man suffering for attempting to appropriate women’s natural role. 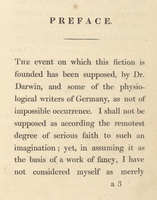 ← The Mysteries of Udolpho
The Mummy! or, A Tale of the Twenty-Second Century →
Gothic and Science Fiction
Frankenstein: or, the Modern Prometheus