The Story of an African Farm 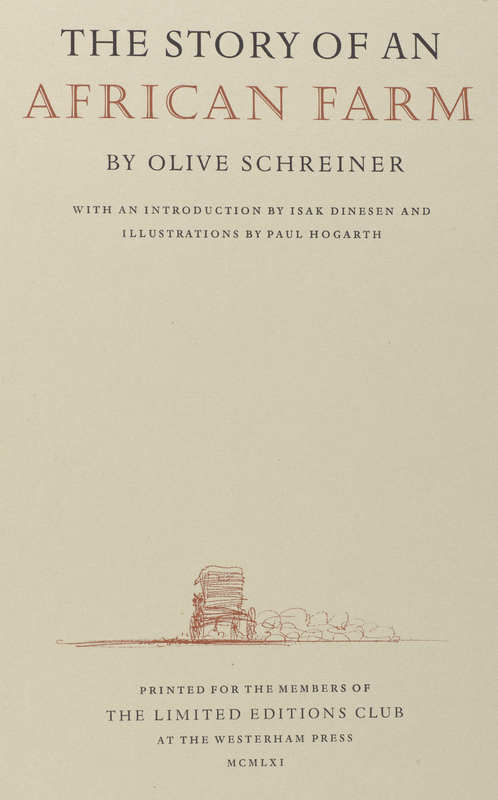 Olive Schreiner was a South-African feminist writer. The Story of an African Farm, her first novel, strongly reflects such values. The book does not have a traditional structure; rather, it presents vignettes about three characters who come of age and who are connected through family ties. The first, Waldo, transforms from devoutly religious to an atheist over the course of the text. Lyndall, a female character who, perhaps, fulfills the New Woman archetype, similarly doubts religion. Lyndall tells Waldo about the mistreatment she has suffered due to her gender; he, a seemingly protofeminist and open-minded male, responds supportively. (The displayed image depicts this scene). Em, the third character, serves as Lyndall’s foil, refusing to question religion and gender. Schreiner sets the novel in South Africa--a dull, grey landscape seems to symbolize the difficulties of characters who rebel against expectations. Notably, Karen Blixen, author of Out of Africa, edited the edition on display here under her pen name, Isak Dinesen.