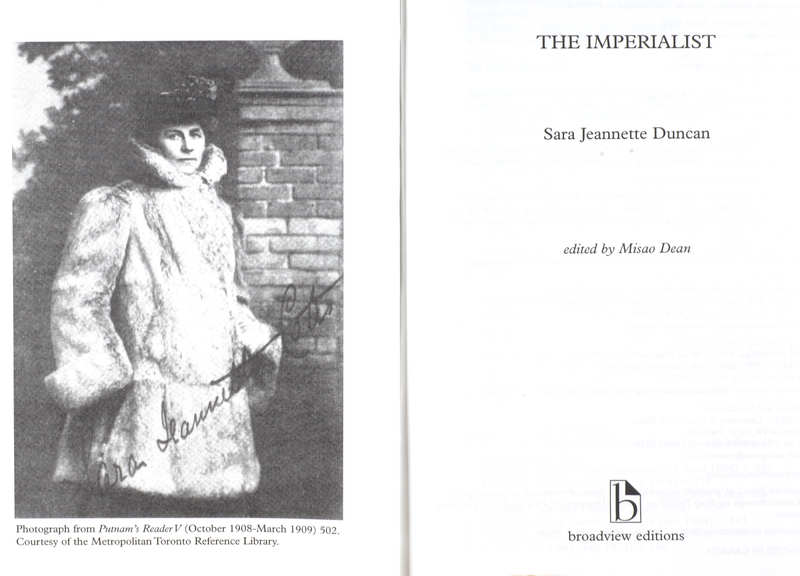 Sara Jeannette Duncan was a Canadian feminist, journalist, and novelist. In her early twenties, she travelled the world with Lily Lewis, a fellow journalist, bucking expectations that young women stay at home and focus on their future marriage. Duncan wrote often sarcastic feminist commentary for the Globe and Mail and the Washington Post. She eventually married an entomologist, Everard Cotes, and joined him in Anglo-India, where her career as a novelist flourished. The Imperialist is her most well-known work from this time. The novel portrays the impact of British settler colonialism on a small, Canadian town, with particular regard to race, class, and gender. The text centers on two siblings: Lorne Murchison, who ardently believes that the imperialist mission will be successful, and Advena Murchison, a college-educated working woman. Many consider the latter to be a “New Woman” figure and Duncan a “New Woman” writer; she portrays similarly independent women in her other novels and, perhaps, fulfilled the ideal herself.