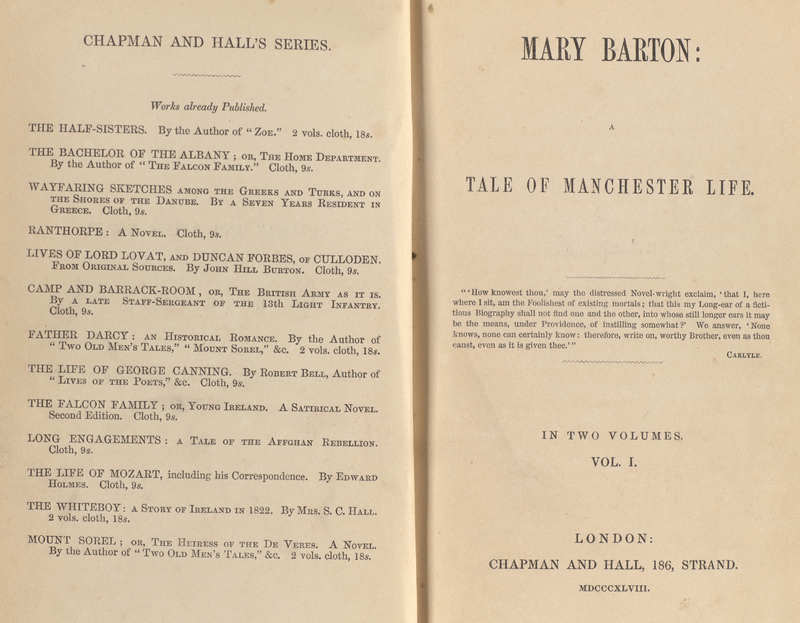 Gaskell was a prolific female writer during the 19th century. Mary Barton,her first novel, tells the story of a woman living with her father in poverty who must find a way to support herself. She works in a dressmaker’s shop and believes marrying a man with more money will secure her future, even if she does not love him. Notably, Gaskell portrays a prostitute, Esther, sympathetically, making her an honest woman who only wishes to help Mary avoid a similar fate. The text comments on issues of both gender and class. Mary’s father becomes involved in the trade-union movement, suggesting some sympathy for class struggle, but, in turn, he will not allow his daughter to work in a factory, indicating typical patriarchal control. Mary Barton reflects themes in which Gaskell would be interested for her entire career, including writing about working class and common people.