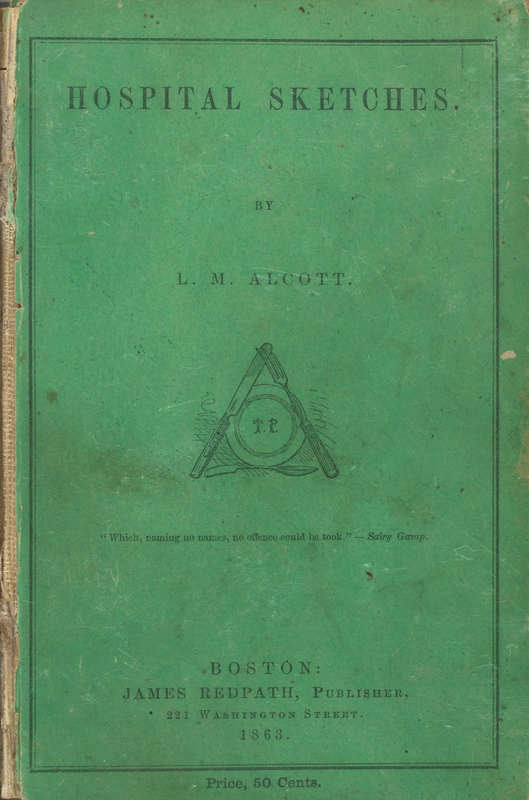 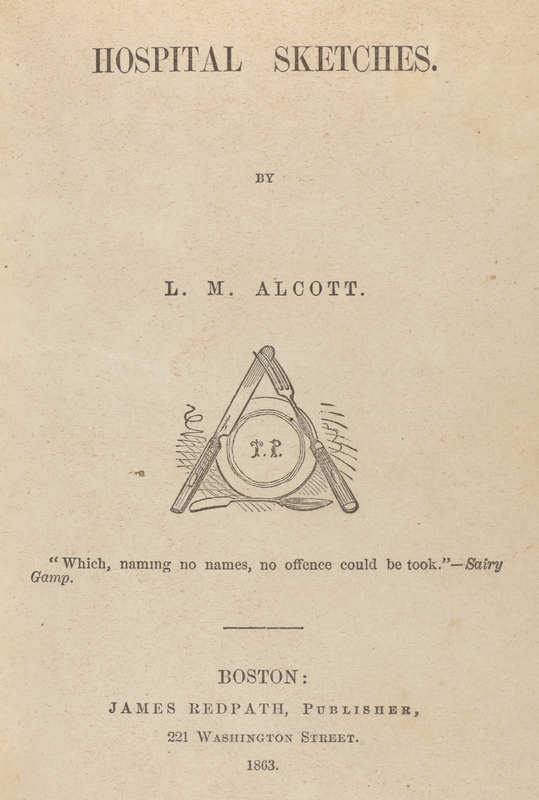 Hospital Sketches earned Alcott her first recognition as a talented, witty writer. In 1862, at age 30 (she never married and worked her entire life), Alcott moved to Washington, D.C. to serve as a nurse during the Civil War. She contracted typhoid and, for a time, did not believe that she would survive. Hospital Sketches contain her letters to family from this time period. When she recovered, Alcott edited a few events, fictionalizing some things that happened to her and re-naming the letter writer “Tribulation Periwinkle”, and then published Hospital Sketches in an abolitionist newspaper. Despite these changes, the text is essentially autobiographical. Alcott depicts “Tribulation’s” growth towards maturity in the wake of coping with her own illness. She also revealed how underfunded and understaffed the hospital was in the wake of the Civil War, leading to overworked, careless medical professionals and suffering patients.