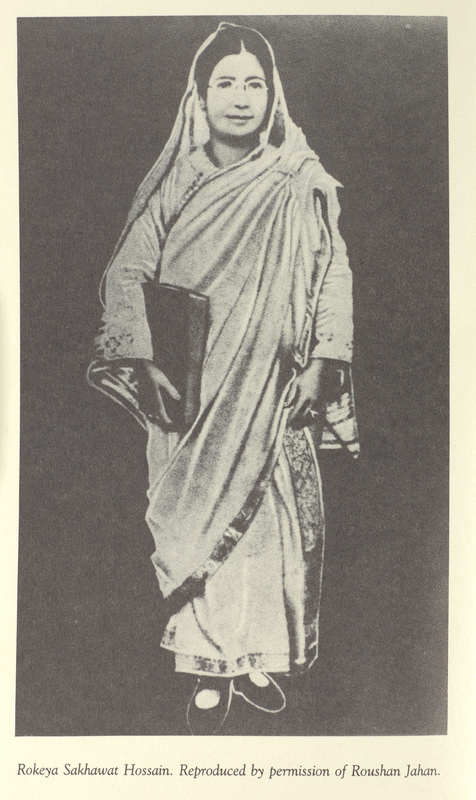 In this 1905 novella, Hossain addresses purdah, the seclusion of Indian women in their homes. Hossain imagines a feminist utopia called Ladyland in which men are secluded from greater society. Ladyland originates after women in a university develop scientific innovations, which men eschew to develop military prowess. When refugees arrive, the King commands the Queen to dismiss them, and, when she refuses, the King declares war on his own nation. The “Lady Principal” of the women’s university uses a new weather machine to heat enemy soldiers into defeat, but first requests that all men practise purdah now. The Queen enforces this policy, the war ends, and matriarchy prevails. They establish a peaceful society without poverty. In addition to the critique of issues unique to Indian women, the story offered Hossain an opportunity to demonstrate her own educational capacity; she wrote it, in part, to demonstrate her English proficiency.

Begum Rokeya Sakhawat Hossain (1880-1932)
“Sultana’s Dream”
from Sultana’s Dream and Selections from The Secluded Ones
New York: The Feminist Press, 1988

← Gloriana; or, the Revolution of 1900
The Romance of the Forest →
Gothic and Science Fiction
Sultana’s Dream