A Dictionary of Chemistry 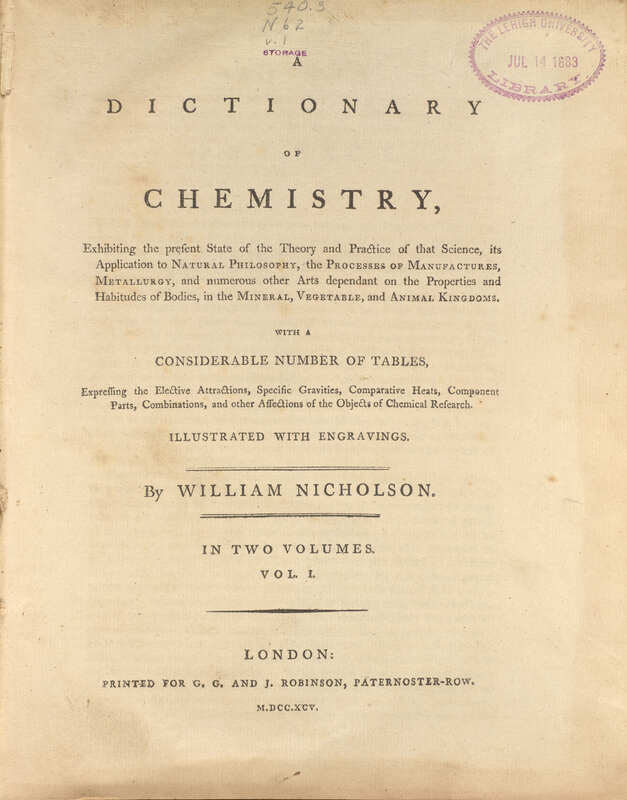 After initially working for the British East India Company and then as a commercial agent in the Netherlands, Nicholson became a math teacher and author. Nicholson’s interest in chemistry originated with his participation in the Coffee House Philosophical Society, a meeting place for those interested in natural philosophy. It was here that Nicholson encountered scientists including Joseph Priestley, who is recognized for having isolated pure oxygen along with other gasses. After 1780, most of Nicholson’s publications were related to chemistry, including his Journal of Natural Philosophy, Chemistry, and the Arts. Later in life, Nicholson worked on several water supply projects. Through his publications, Nicholson supported the chemical theory of phlogiston, which inaccurately posited the existence of a separate element responsible for combustion in contrast to our current understanding of oxygen’s role in combustion.

William Nicholson (1753-1815).
A Dictionary of Chemistry, Exhibiting the Present State of the Theory and Practice of that Science, its Application to Natural Philosophy, the Processes of Manufactures, Metallurgy, and Numerous other Arts Dependant on the Properties and Habitudes of Bodies, in the Mineral, Vegetable, and Animal Kingdoms. London: G.G. and J. Robinson, 1795. 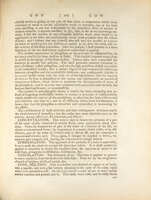 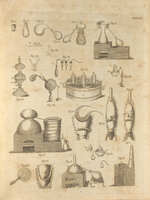