The Language of Botany 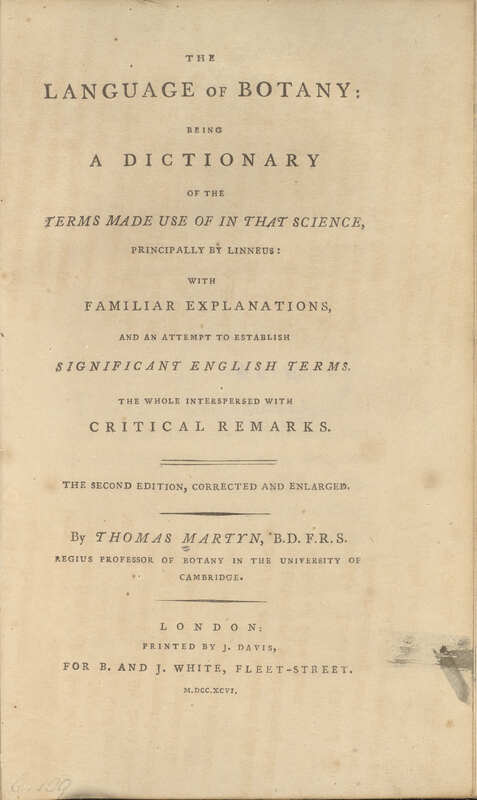 The son of botanist and Cambridge professor John Martyn, Thomas followed in his father’s footsteps, also serving as a Cambridge professor of Botany from 1762 to 1825. Martyn was an early adherent of Linnaeus' botanical classification system. In addition to working on an expanded edition of Philip Miller’s The Gardeners Dictionary from 1785 to 1807, Martyn also wrote his own botanical dictionary. One of the primary goals of Martyn in compiling botanical terms in this work was to ensure that the shift from the Greek and Latin terms used by Linneaus to English vernacular wouldn’t result in any linguistic corruption. 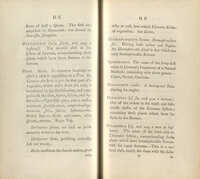