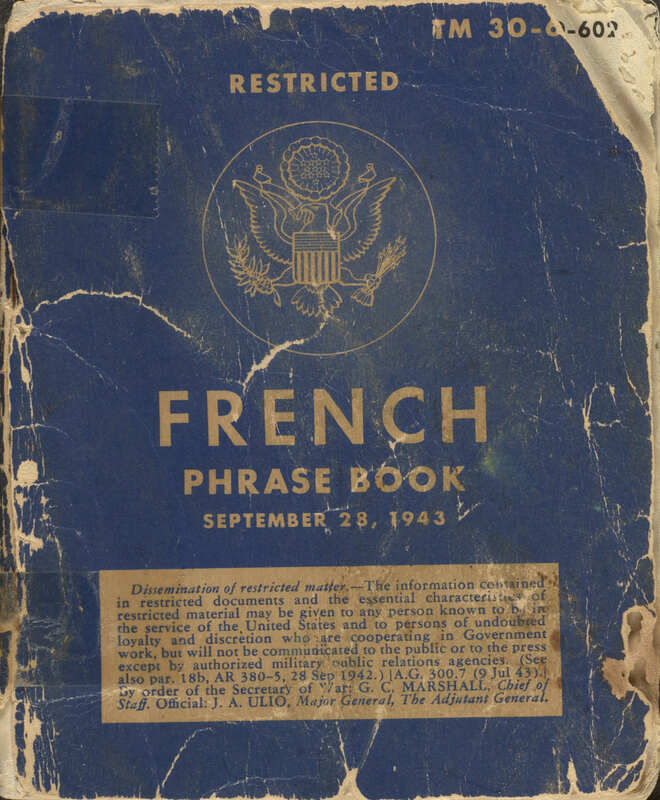 A U.S. government-issued French phrase book given to American soldiers during World War II. The book focuses on phrases most needed for survival in war conditions. The manner in which soldiers were expected to use the book is evident in the selection of the words included and in how those words are presented. Each English word is provided with the phonetic pronunciation of the French word and the French word without any articles. For example, machine gun → mee-tra-YUZ → mitrailleuse. Mitrailleuse is feminine in the French language and should read la mitrailleuse. One can imagine an American soldier pointing to words rather than trying to pronounce them. The copy displayed here belonged to US Army private Robert G. Kelly when he served in France in June 1944. Mr. Kelly gifted it to his grand-daughter, Heather Simoneau, Humanities Librarian, before she was traveling to West Germany in 1985.