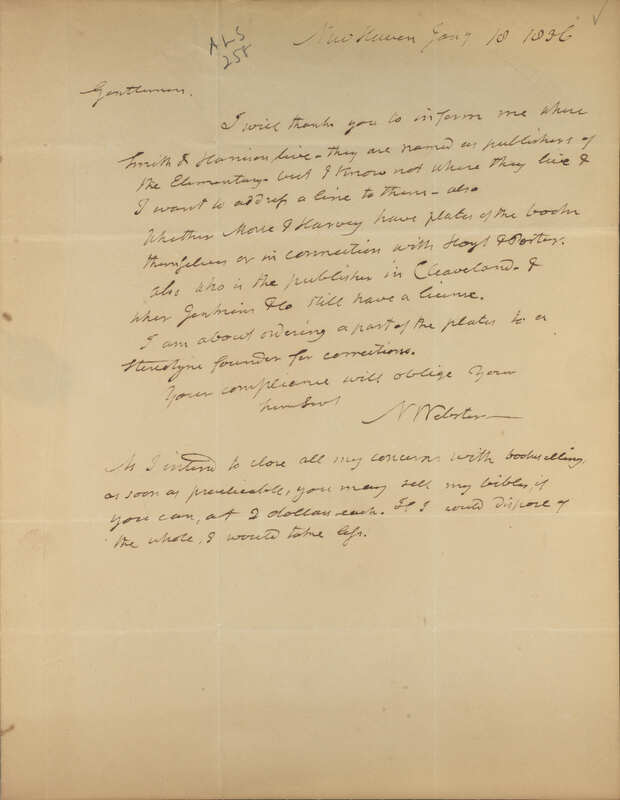 Webster writes to ascertain the addresses of Smith & Harrison as "they are named as publishers of the Elementary." Webster refers here to The Elementary Spelling Book originally published in 1783 and revised throughout the early nineteenth century, outselling every book but the Bible. He also requests addresses or clarifications for Morse & Harvey and Hoyt & Porter. Webster states that he is ordered plates for correction, and adds a postscript asserting that he is about to "close all my concerns with bookselling as soon as practicable"; he directs the publishers to sell his bibles for $2 each, or less for the whole lot. Webster's spellers and dictionaries helped give Americans a sense of national culture, distinct from Great Britain. Webster is best-remembered for his production of dictionaries like A Compendious Dictionary of the American Language (1806), including words of Native American derivation, and the comprehensive An American Dictionary of the English Language (1828) published in two volumes.

A version of this text has been digitized and is available through Lehigh's Digital Collections. 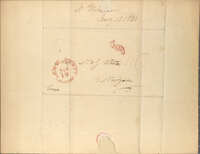