An Apology for the Life of Mr. Bampfylde-Moore Carew 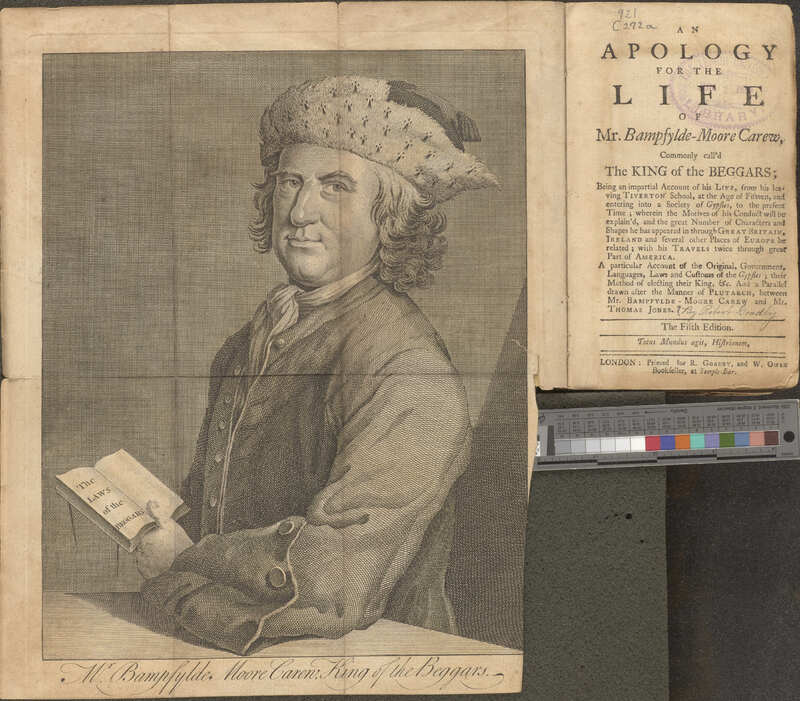 Based on the exploits of Bampfylde-Moore Carew, this work purports to tell the travels and adventures of the eponymous imposter and vagabond. A nomadic criminal, Carew styled himself as King of the Beggars and an elected Gypsy chief. During his life, Carew claimed to have traveled between England and North America twice, once as punishment for being convicted as an idle vagrant. This supposed memoir was a popular rogue’s story during the late 18th century. Later editions of this work included a dictionary of cant terms to assist readers in understanding the criminal activity described in the stories. There is little corroborative evidence for Carew’s stories, but he was a real historical figure who likely engaged in many of the adventures and crimes attributed by the books written about his life.

Robert Goadby (1721-1778).
An Apology for the Life of Mr. Bampfylde-Moore Carew, Commonly call'd the King of the Beggars; Being an Impartial Account of his Life, from his Leaving Tiverton School, at the age of fifteen, and entering into a society of gypsies, to the present time ... London: R. Goadby and W. Owen [1750]. 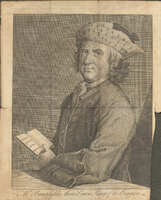 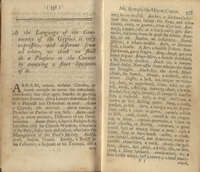