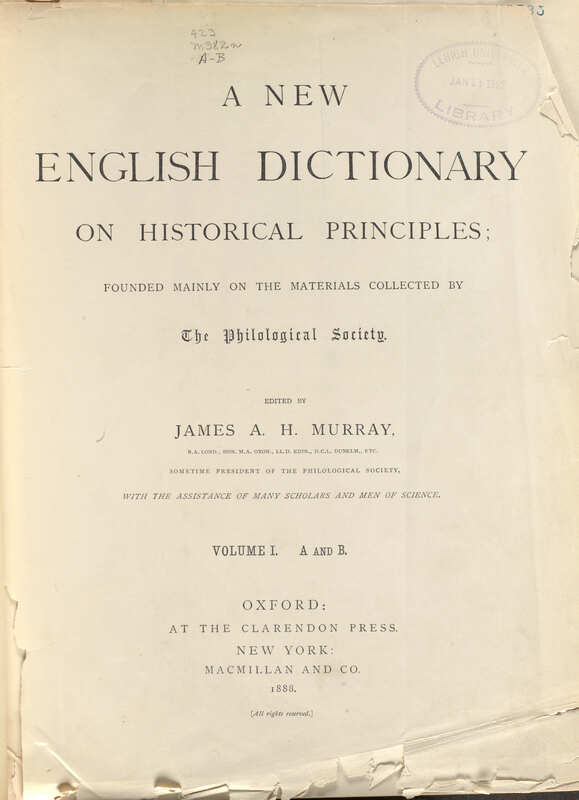 Internationally known as the Oxford English Dictionary, or OED, this dictionary had its beginning in the Philological Society of Great Britain, which sought to document every word in the English language. The Society’s ambitious plan was to base definitions on quotes from across historical literature and other lesser known published works. In a story told in The Professor and the Madman: A Tale of Murder, Insanity and the Making of the Oxford English Dictionary, one of the most prolific contributors of quotes used in the dictionary, Dr. W. C. Minor, was an inmate in the Broadmoor Asylum for the Criminally Insane who had fatally shot a man. The Oxford University Press partnered with the Philological Society in 1879, and James Murray became the work’s primary editor, responsible for collating the quotes and editing the text. Other editors were brought on to accelerate the project and the Dictionary was ultimately published in 125 parts from 1884 to 1928. The finished dictionary totaled 15,490 pages and contained 252,200 individual entries with 1,861,200 supporting quotations.