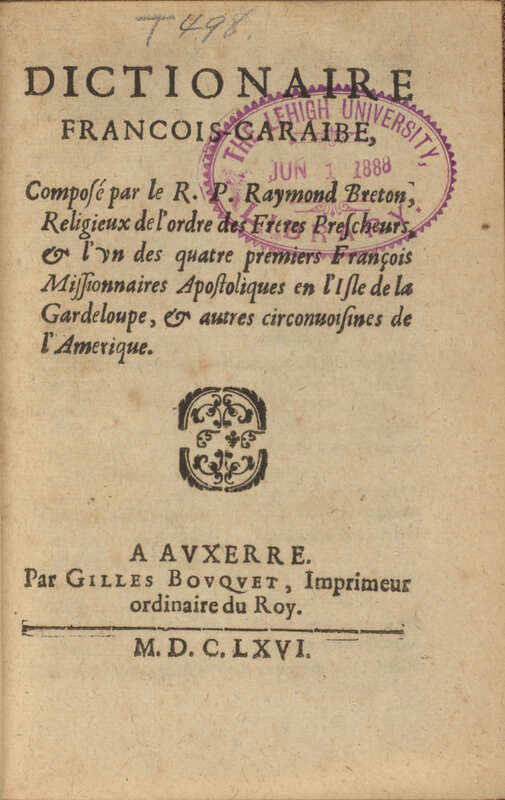 A French Dominican missionary, Breton spent nineteen years proselytizing in the French West Indies where he lived on the islands of Guadeloupe and Dominica, which is part of the Windward Islands in the Lesser Antilles archipelago. Breton learned the Carib language in an attempt to more effectively convert native inhabitants to Christianity. Unlike many other contemporary colonial works which sought to frame the natives of the Caribbean as barbaric savages, Breton’s approach is closer to an ethnographic survey. This less severe treatment of native inhabitants put him at odds with the French colonists. While most 17th century dictionaries were still focused on translating Latin terms to better understand classical theological or philosophical works, Breton’s work is notable for translating an indigenous language into French for the purpose of improved communication. Breton chose not to organize his dictionary alphabetically, as had become standard, but rather based on themes he distinguished in Carib culture. 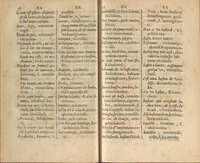