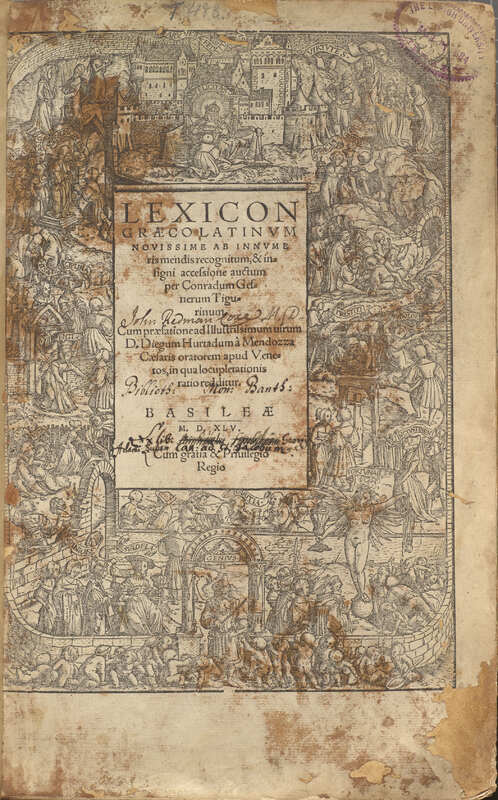 First published in 1537 when Gessner was only 21 years old, this dictionary is based on an earlier work by an Italian cleric. It was Gessner’s first publication and led to his appointment to a professorship in Greek at the University of Lausanne. Prior to the rise in popularity of vernacular dictionaries, works focusing on Ancient Greek and Latin were common, assisting scholars in reading classical literature or more contemporary works written in ancient languages. While Gessner was a Renaissance polymath, he is best known for his work on botany.