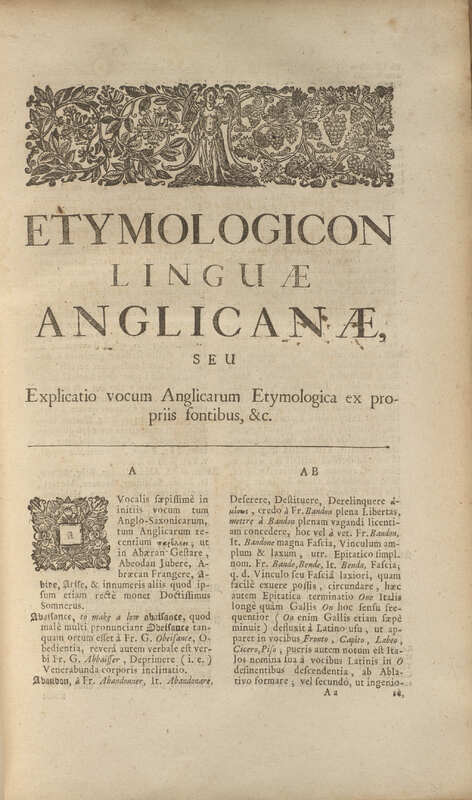 Published posthumously, this work by the physician Stephen Skinner influenced Samuel Johnson’s later work, being mentioned in its preface. Skinner served outside of England during its Civil War and studied at Oxford, Leiden in the Netherlands, and Heidelberg in what is now Germany. This work is significant for being one of the first etymological dictionaries of English, tracing the historical origins of the language’s words.