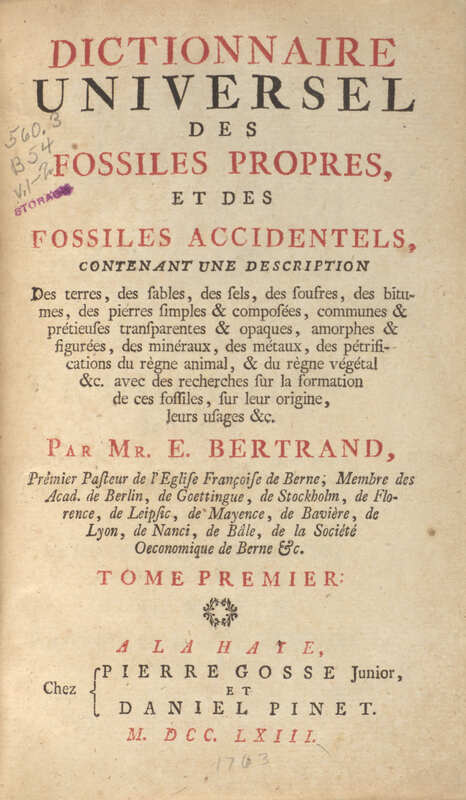 A Swiss theologian and geologist, Bertrand was well regarded as a naturalist by his contemporaries as evidenced by his correspondence with Voltaire and his membership to numerous intellectual societies. A contributor to the French Encyclopédie, Bertrand’s work largely compiled existing geological theories rather than forming new concepts. Bertrand believed in Cartesian rationalism, such as collecting data to verify geological theories, but his theological ideas are expressed in this work through his belief that the biblical flood explained fossils and that mountains must be created by God because of how useful they were to human civilization. 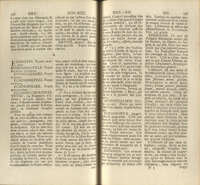