A Dictionary of Slang and Unconventional English 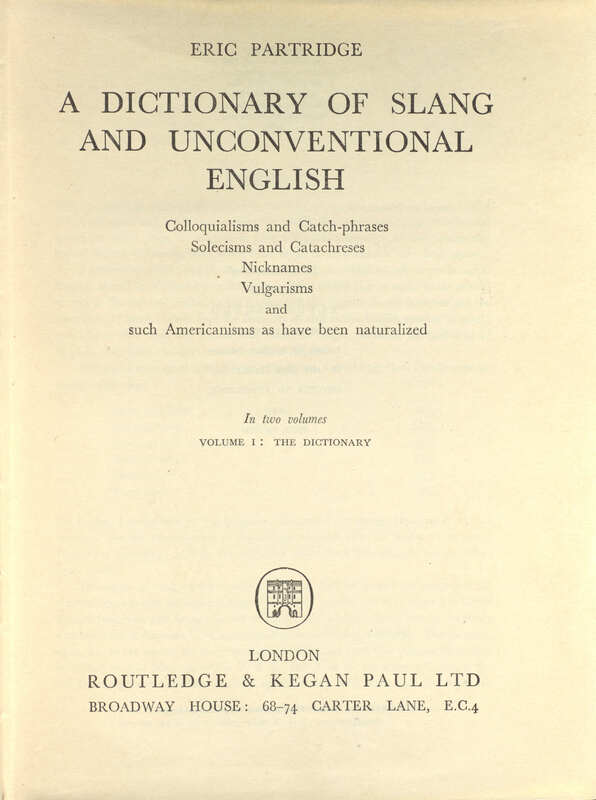 A lexicographer who specialized in slang, Partridge is recognized as one of the most successful single producers of dictionaries. In addition to this work, Partridge also published works about vulgarity in Shakespeare, government jargon, humor, criminal language, and wartime slang. Partridge’s slang dictionary is noted for documenting less official words that were not included in the Oxford English Dictionary, making it a useful companion to the otherwise definitive work. First published in in 1937, Partridge’s slang dictionary has been continuously updated and republished, with a wholly new version released in 2004.

Eric Partridge (1894-1979).
A Dictionary of Slang and Unconventional English; Colloquialisms and Catch-phrases, Solecisms and Catachreses, Nicknames, Vulgarisms, and Such Americanisms as Have been Naturalized. London: Routledge and Paul [1961]