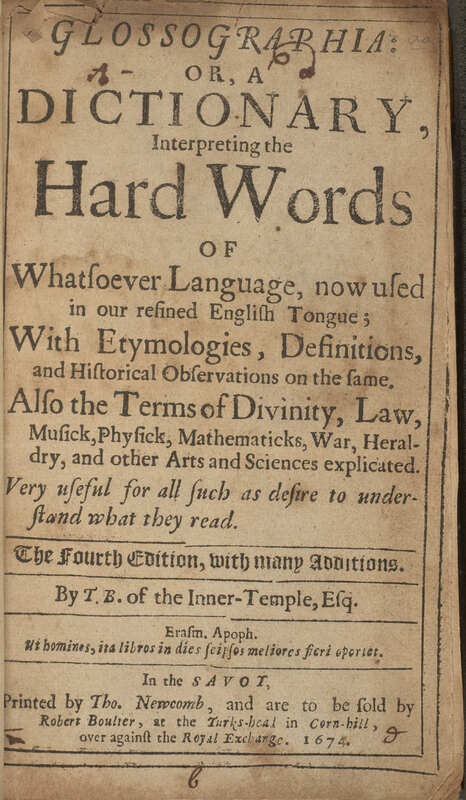 A common use of the dictionary is to identify and learn previously unknown or difficult words. It was with this goal in mind that Blount compiled this dictionary of challenging words, particularly those borrowed from foreign languages. In addition to definitions, Blount also included the etymology of words to help explain how it arrived in the English vernacular. Many of the approximately 9,000 words included in this work are terms-of-art, or words with specific technical uses. Rather than create a systematic catalog of every word in the English language, Blount sought to create a dictionary that could be used to enhance the literacy of common readers. Blount’s work was a popular success but was plagiarized by Edward Phillips, a nephew of John Milton. Phillips' work became more popular, prompting a bitter rivalry with Blount.

Thomas Blount (1618-1679).
Glossographia: or, A Dictionary, Interpreting the Hard Words of Whatsoever Language, Now Used in our Refined English Tongue. [London]: Tho. Newcomb, and to be sold by Robert Boulier, 1674.