The Treasury of Knowledge and Library of Reference 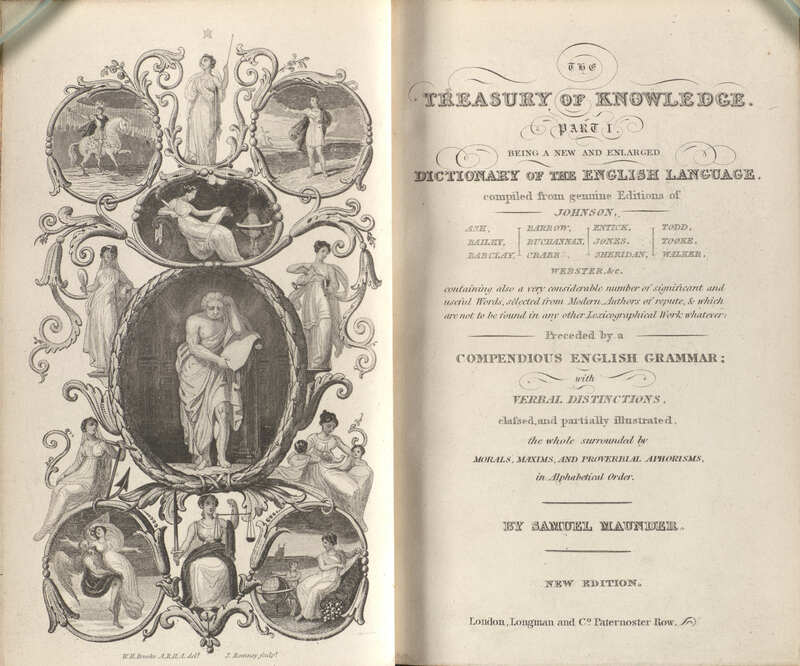 A compiler of reference materials, Samuel Maunder achieved several publishing successes. As promised by the title, this work addresses topics such as grammar, geography, population statistics, religion, and taxes. Among these topics is not only a dictionary of the English language, but also a dictionary of ancient proper names as well as a “compendious law dictionary.” Included in all four margins of these various reference works are moral maxims. This work went through numerous editions, Lehigh’s copy being the 22nd edition since its initial 1830 publication, and ultimately sold over 200,000 copies.