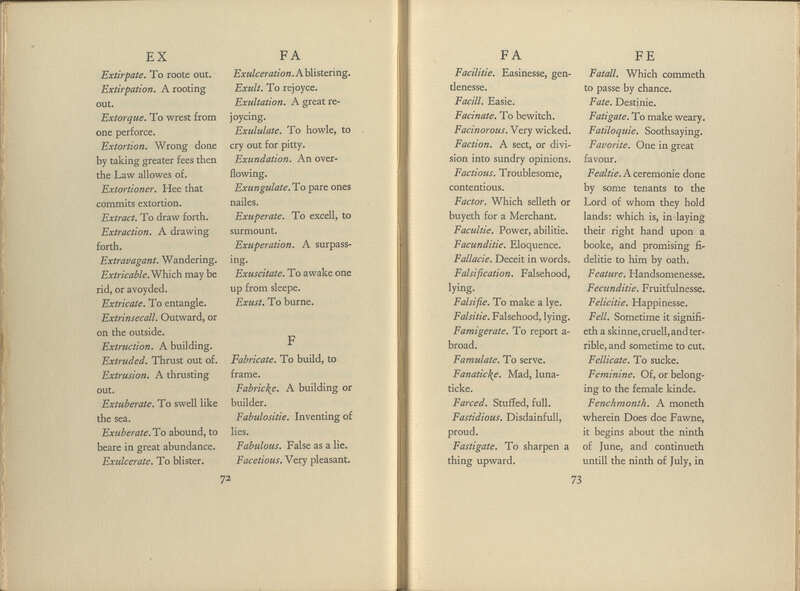 This work, first published in 1623 under the title “The English Dictionarie: or, An interpreter of hard English words,” was only the third English language dictionary to be published. While there were many multilingual works (often for the translation of Latin or Greek), Cockeram’s book was significant for being the first to employ the now commonplace term “dictionary.” Cockeram divided his work into three sections: the first focusing on commonly spoken words; the second providing refined alternatives to words considered vulgar; and the third offering more encyclopedic descriptions of the world.