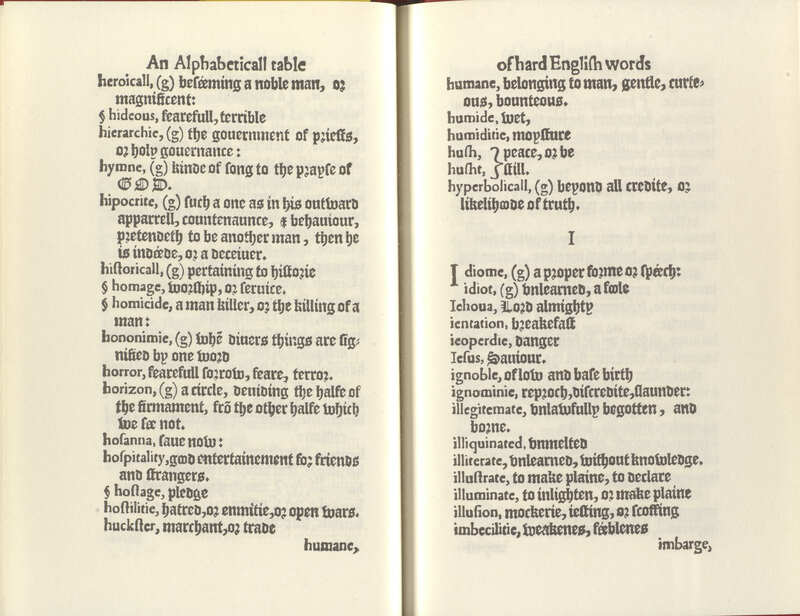 This work is widely recognized as the first English language-specific dictionary published. A school teacher and Puritan preacher, Cawdry compiled this work of 2,500 words out of a concern that the English language was changing too rapidly for native speakers to keep up with. Cawdry borrowed much of his work from previous English-Latin dictionaries and influenced future lexicographers including John Bullokar and Henry Cockeram, whose work is also featured in this exhibit.

The original title page reads: A table alphabeticall, conteyning and teaching the true writing, and understanding of hard usuall English wordes, borrowed from the Hebrew, Greeke, Latine, or French, &c. ... London, Printed by I. R. for Edmund Weaver, & are to be sold at his shop at the great North doore of Paules Church, 1604.