A Dictionary of the English language 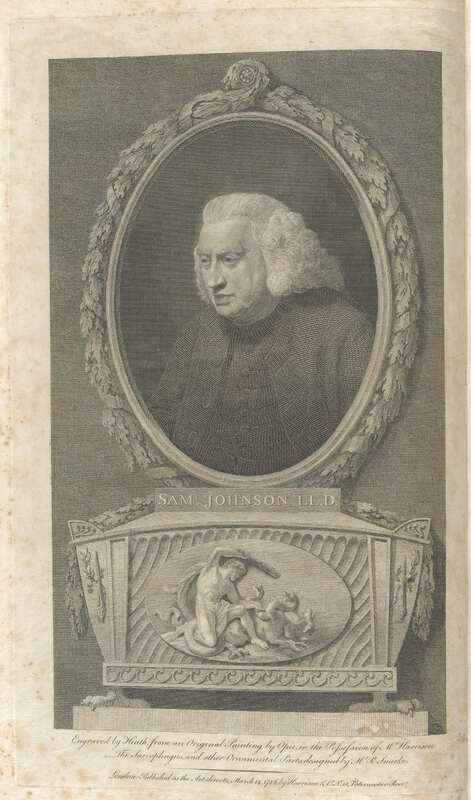 Samuel Johnson, author of the dictionary reproduced in part here, was an English writer, editor, and lexicographer who worked for many years as an instructor before being invited to write a comprehensive dictionary of the English language. Anticipated to be completed in three years, it took Johnson seven years to finish the two-volume weighty tome containing 42,773 entries. Although by no means the first English language dictionary (as over twenty had preceded it), Johnson’s dictionary was distinguished by its presentation of words in context with accompanying quotes to demonstrate correct usage. Until publication of the Oxford English Dictionary nearly a century and three quarters later, it remained the predominant English lexicon.

Samuel Johnson (1709-1784).
A Dictionary of the English Language: In which the Words are Deduced from their Originals, and Illustrated in their Different Significations by Examples from the Best Writers. London: W. Strahan, for J. and P. Knapton [etc.] 1755.