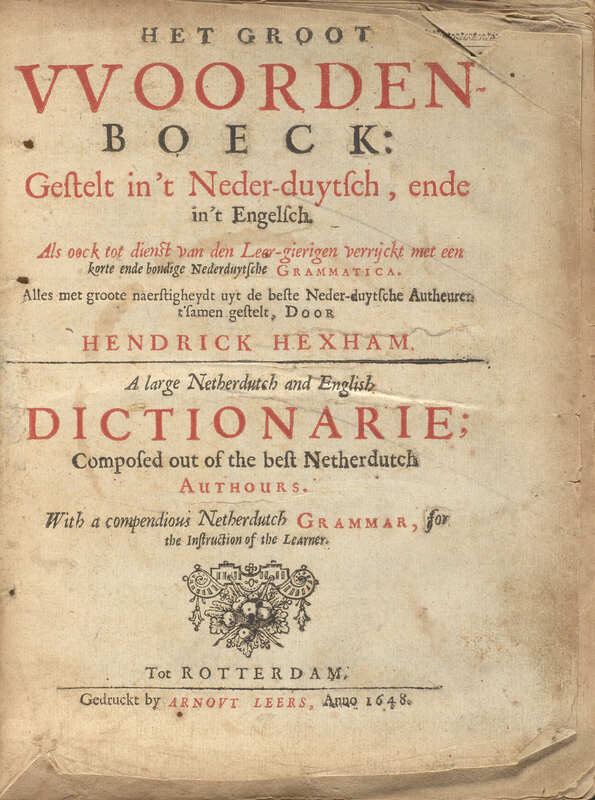 An English soldier, Hexham spent a significant amount of time in the Netherlands after traveling there with the military. Prior to publishing this dictionary, Hexham translated Dutch religious texts into English and wrote several books about military theory. Hexham also helped translate and publish Gerardus Mercator's geographical Atlas. This work is the first English-Dutch dictionary to be published, expanding on existing bilingual grammatical leaflets.